Contrary to popular belief, there is no highbrow technology needed to achieve a successful energy-efficiency retrofit, and the Empire State Building’s 2009-10 whole-building upgrade stands as one of the most famous examples. 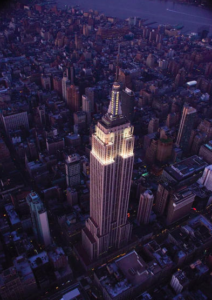 “I’ll tell you a funny story,” begins Anthony Malkin, president of New York-based Malkin Holdings, which has managed the Empire State Building since 1961. “I was talking to folks who run a well-known property in Paris. They said they’d love to do energy-efficiency improvements, but they have a curtainwall system that is failing, an electricity distribution system that needs to be updated and an HVAC system that is not functioning properly. They wanted to fix these items first and then, if they had time, they would look at an energy-efficiency retrofit. I explained at the Empire State Building we did an energy-efficient execution of the tasks we were spending money on anyway. Energy efficiency is really about having a master plan and recognizing the things in which you’re investing money based on an intelligent life-cycle-cost analysis are the things in which it’s intelligent for you to invest in energy efficiency.”

This was the mindset behind the energy-efficiency retrofit of the now 82-year-old Empire State Building, arguably the world’s most famous office tower. Malkin’s primary goal was to enhance the building’s marketability; improving energy efficiency not only would save tenants money, but also would make them more comfortable in their spaces. “Energy efficiency was this giant opportunity,” Malkin adds. “While we were upgrading and modernizing the building was the logical and most efficient time to start the process.”

After conversations between Malkin and the Clinton Climate Initiative, New York, a “dream team” of efficiency experts was formed in 2008 to determine where energy-efficiency upgrades would be most cost-effective. The team included the New York State Energy Research and Development Authority, Albany; Boulder, Colo.-based Rocky Mountain Institute, which was referred to as the project’s provocateur; Chicago-based Jones Lang LaSalle, the designated owner’s rep; and Milwaukee, Wis.-based Johnson Controls Inc., which counts optimizing buildings’ energy and operational efficiencies as one of several business focuses.

Out of 60 possible energy-efficiency projects, the team ultimately decided to execute eight projects, including retrofitting 6,514 traditional windows throughout the building’s 102 floors and replacing glazing on the upper-most observatory. By using trusted technologies and integrating them in unique ways, including in the glass project, the Empire State Building’s retrofit exceeded its energy-efficiency guarantee by 5 percent within the first year. 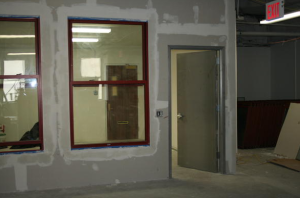 The Why of Windows

“Conditioning corridors was adding a lot of air-conditioning load to the central plant and would’ve made it too small to serve the building,” explains Paul Rode, business development director for Johnson Controls.