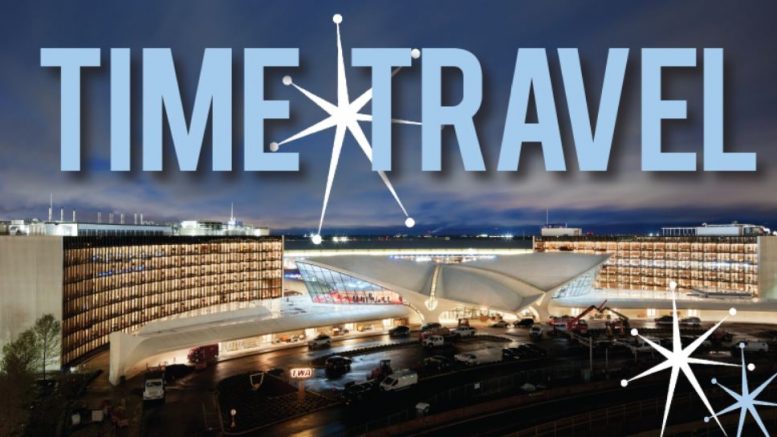 If world-renowned designer Eero Saarinen could walk into the TWA Flight Center at New York’s John F. Kennedy International Airport today, he’d be pleasantly surprised. Much of the late architect’s mid-century design remains, yet the space welcomes visitors in a way he didn’t envision— one that allowed his iconic monument to escape devastation.

Saarinen conceived the curved, soaring center as a takeoff on flight in the 1950s for Howard Hughes and Trans World Airlines (TWA) when propeller planes were common. It opened in 1962, and the arrival of much larger jet planes soon followed.

“The Flight Center was essentially obsolete 10 years after it was built,” observes Richard Southwick, partner and director of historic preservation at New York’s Beyer Blinder Belle (BBB) Architects & Planners. “It had no significant waiting room and not enough baggage capacity for modern uses. There was no way to take this beautiful sculpture and add onto it, and the building was too fragile to move.”

The Port Authority of New York & New Jersey hired BBB as its historic preservation consultant in 1995 after the building was designated a New York City Landmark. TWA continued to minimally use the terminal until it went bankrupt for the third and final time in 2001. American Airlines purchased TWA’s assets and closed the terminal less than a year later in early 2002.

Given its highly valuable corner location next to the International Arrivals Terminal, the Port considered demolition to accommodate a new terminal. Southwick advised against it, and BBB ran concept plans to repurpose the center as office space, a conference center or museum, but a hotel was the airport’s most pressing need. In 2005, the building was listed on the national and state registers of historic places.

Port representatives decided to create a JetBlue terminal behind the site, which was completed in 2008. To accommodate the new terminal, the Port tore down the TWA Flight Center’s flight wings, which were its former access to the jetways.

Meanwhile, the Port went through three rounds of developer requests for proposal on the flight center. When developers responded that the cost of restoration was too high, the Port tasked BBB with a Phase I restoration. Work was completed approximately six years later and a second RFP was issued, but the winning bidder eventually backed out.

“The uses of an airline terminal and a hotel are very similar: There’s entry, check-in, recession, food and beverage, and waiting,” Southwick explains. “A hotel doesn’t need a large baggage-claim area, and the baggage claim was one of the only large spaces in the flight center so it was transformed into a 250-person ballroom.”

The center’s international check-in became the hotel’s reception area. A baggage conveyor belt was installed to transport guests’ luggage to a storage area for day guests or for early arrival/late departure times when guestrooms are not currently available. Domestic check-in became a food hall for local vendors. On the historic mezzanines, the London Bar, Lisbon Lounge and Paris Café— bistros that carry the names of the flight center’s 1960s establishments—returned to their famed locales.

The departure-arrival passenger tubes remained and were restored as circulation corridors to the hotel buildings. Set outboard of the circulation tubes, the new hotel buildings were constructed flanking the center (similar to the original TWA flight wings) and recreate the center’s historic scene when viewed from the front. In addition, the buildings serve as a solid curtainwall to block out the JetBlue terminal.