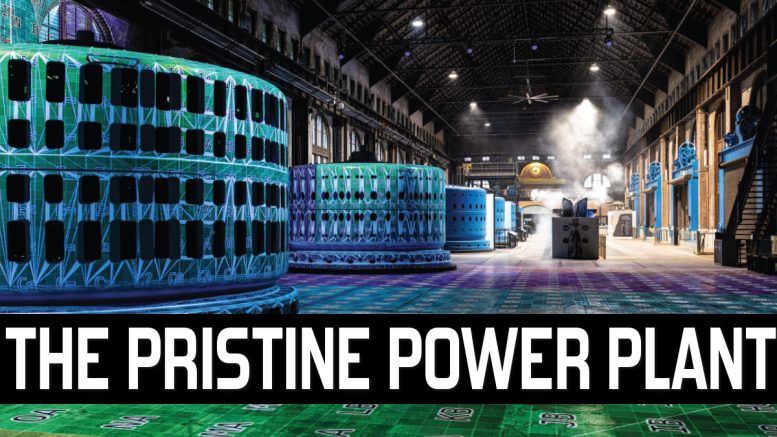 Niagara Parks Power Station (NPPS) is a decommissioned hydroelectric power plant designed in monumental Romanesque Revival style. It opened in 1905 in Niagara Falls, Ontario, Canada. It is the world’s only existing power plant of its age that is still complete in its original form and with all its original equipment intact.

The Niagara Parks Commission (NPC), an agency of the Ontario Ministry of Heritage, Sport, Tour- ism and Culture Industries, is responsible for preserving and enhancing the natural beauty and cultural heritage of Niagara Falls and the Niagara River corridor. NPC retained +VG Architects Ltd. as architect of record and contract administrator for the adaptive reuse of NPPS as an iconic, safe and accessible educational, entertainment and tourism attraction. The province provided a $25 million ($19 million U.S.) loan for the project. Construction began in 2019 and was completed in 2021. Work was done in accordance with Canadian Historic Places Standards and Guidelines for Historic Restoration.

In pondering an approach to its historic reuse, +VG Architects took a “First, do no harm” Hippocratic-oath approach. The design team asked: “What are we restoring back to? A brand-new version of what we imagine the original structure looked like?” The team wanted to preserve the building’s cumulative history and its many layers of changes. They’re all part of the building’s heritage.

A BRIEF HISTORY OF THE POWER PLANT

In 1897, the Canadian Niagara Power Company (CNPC) selected the Westinghouse Company to supply alternating current (AC) generators for its new generating station. The choice of AC and Westinghouse as the project’s supplier capped a struggle between Thomas Edison and William Kelvin (of color-temperature fame), who proposed using direct current (DC) as a safer method, and George Westinghouse and his partner Nikola Tesla, who developed an AC generator that could supply electricity over long distances to a vast geographic area. This technological breakthrough facilitated the electrical industrial revolution and remains the worldwide standard.

Entrepreneurs J.P. Morgan and John Jacob Astor IV (who would die in the sinking of RMS Titanic in 1912) led the consortium that financed NPPS’ initial construction. Algernon S. Bell and the firm of Copeland & Dole, both based in New York, have been attributed as architects.

In 1905, CNPC was the most advanced hydroelectric generating station in the world, allowing for greater output for less cost than previously possible. The station featured advances in oil reclaim, transmission towers, remote transformers, cable and switchboard design, and fire and safety practices. CNPC’s development led to the establishment of international protocols for the sharing of water rights between Canada and the U.S.

CNPC, also known as the William Birch Rankine Hydroelectric Power Station, is located on the western side of the Niagara River above Horseshoe Falls, the biggest and most picturesque of Niagara’s three cataracts, thanks to its 2,600-foot-wide curve. Horseshoe Falls also boasts the highest average annual flow rate, according to Wikipedia, of any North American waterfall: 634,000 gallons per second. The power plant was set well back from the Niagara River to minimize visual interference with views of the falls.

It opened with two 10,000-horsepower generators; by 1927, it had expanded to 11 generators supplying a total of 120,500 horsepower. The station ceased operation in 2006. Ownership was transferred to NPC in 2009 with the proviso that it never be used again to generate electricity.

The powerhouse’s excellent condition permitted +VG Architects to focus its approach on stabilized conservation instead of restoration or renovation. The design team preserved all interior artifacts and features in situ in areas of high heritage and architectural value.