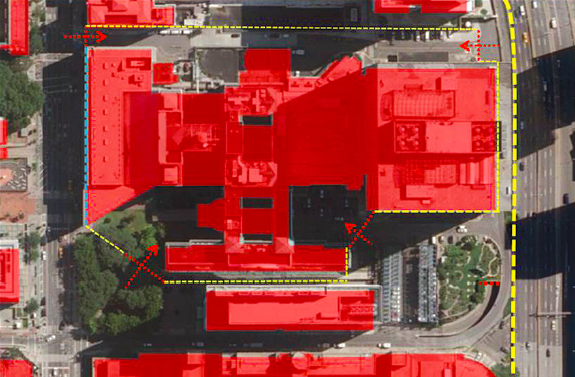 Hurricane Sandy made landfall on Oct. 29, 2012, with devastating impact. As the enormous storm approached the Northeast coastline, it combined with other weather fronts and turned sharply to the west, striking the coast of New Jersey head on, focusing the greatest impact on New York City. As chance would have it, the storm arrived during a full moon when ocean tides were at their highest. This combination caused the highest storm surge on record and drove it directly into New York Harbor and the surrounding coast. While high winds and heavy rain were factors, Sandy’s greatest impact was the record coastal flooding.

The storm caused $65 billion worth of damage—$33 billion in New York City alone—along with 159 deaths and damage to at least 35,000 buildings. More than 800 buildings in New York City sustained structural damage or were destroyed, including 100 plus destroyed by fires caused largely by the interaction of electricity and seawater. Widespread power outages impacted close to 2 million people; damage to electrical systems of individual buildings resulted when basements were inundated with water. Other major infrastructure in the city was also damaged: Con Edison’s central steam system went down, cutting off 1,700 buildings, including many hospitals; subway and vehicle tunnels were flooded; and the supply chain for gasoline and liquid fuel was disrupted.

Of the city’s most critical infrastructure, perhaps the most devastated was its hospitals. Sandy caused the temporary closing of six major hospitals with the loss of more than 4,500 beds, placing an unprecedented strain on the city’s health-care system. This reduced bed capacity in the city by 8 percent, just when it was needed most. Nearly 2,000 hospital patients were evacuated to other facilities.

Yet, this was not the first time the city’s hospitals faced a major hurricane. In 2011, Hurricane Irene was also projected to hit New York City as a Category 1 or 2 storm. As Irene approached, the city’s Healthcare Evacuation Center (HEC) was activated for the first time. Given the 1-foot rise in sea level that has occurred since 1900, the local government had realized its increasing vulnerability to coastal storms and hurricanes and released a Coastal Storm Plan in 2000 with the HEC as a component. The plan divided the city into evacuation zones based on their elevation and vulnerability to coastal flooding. Within the city, six acute-care hospitals, 22 nursing homes and 18 adult-care facilities are located in Zone 1, the most vulnerable.

Faced with the risk of Irene’s projected landfall, a decision was made to evacuate all the hospitals and most of the chronic-care facilities in Zone 1 as a precaution. This unprecedented decision resulted in the evacuation of more than 7,000 people from these facilities. Luckily, Irene proved much less severe than predicted, and many facility operators believed the evacuations had put vulnerable patients at risk, even though they had been conducted safely. After Irene, evacuation plans were updated based on lessons learned to include shelter-in-place strategies to protect medically frail and vulnerable patients.

Evacuate or Shelter in Place? 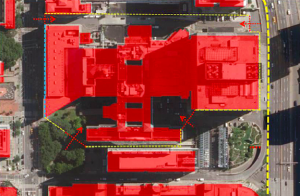 It takes 48 to 72 hours to evacuate health-care facilities, so a decision must be made well in advance of a storm’s anticipated landfall. Sandy was predicted to be roughly the same intensity as Irene’s actual strength. This time around, city and state health officials decided the hospitals in Zone 1 should shelter in place. The Veterans Administration decided on its own to evacuate Manhattan patients in advance, as did others, such as South Beach Psychiatric Hospital on the eastern shore of Staten Island. Because Con Edison was planning shutdowns of portions of the power grid in advance of the storm to preserve critical infrastructure, health officials evacuated New York Downtown Hospital, deciding that going into the storm on backup power alone was too risky.

As Hurricane Sandy approached and its track became more certain, its predicted impacts worsened from a storm-surge level of 4 feet (as with Irene) to 8 feet two days before landfall. Later, that measurement was increased again to 11 feet. At that time, the city ordered the mandatory evacuation of all residents within the most likely flood area, Zone 1; however, evacuations of hospital patients was deemed too risky only 24 hours before the predicted height of the storm. The actual storm surge topped out at close to 14 feet.

Of the six hospitals that temporarily closed as a result of Sandy, three had sheltered in place during the storm: New York University Langone Medical Center, Bellevue Hospital Center and Coney Island Hospital. These facilities were severely damaged by flooding and were forced to evacuate as a result. Backup-power-generation systems at all three failed when flood waters rose above code-required flood-defense heights, inundating electrical infrastructure located on lower levels.

Be the first to comment on "In the Aftermath of Sandy, New York City Strives to Strengthen Its Health-care Facilities and Storm Procedures"