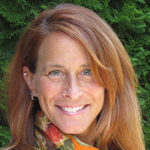 A friend of mine recently returned from chaperoning 200 eighth graders on a tour of our nation’s capitol. Since returning, he and another teacher — a fellow chaperone — have rediscovered their patriotism and are making an effort to say the Pledge of Allegiance with the students during each morning assembly. When he told me this, I was a little surprised he hadn’t been saying the pledge every day already. After all, he is a teacher. But then I realized, I haven’t even thought about the pledge in years, much less said it.

Although it isn’t feasible for me to take an annual trip to Washington, D.C., to reinforce my patriotism, I do get to assemble a government-focused issue of retrofit. While doing so, there were a few things I discovered about the buildings and communities that are the fabric of this great country: When you are thoughtful about what you’re building, it will last for centuries. During renovation of the Virginia Capitol, Richmond, a significant amount of 18th-century millwork was discovered. It had been in place for 200 years. Read more about this fascinating project in the introductory article to the feature, “Restoring Jefferson’s Temple.”

Phoenix, which often is demonized for urban sprawl, has developers and architects who are recognizing the opportunities to reconnect the city through the mid-century modern buildings that sprung up after World War II. Take a look at an aptly named building, The Link, in “Past Forward.”

Americans still take immense pride in community. The town of Oak Ridge, Tenn., decided to respect the generations of students that have passed through Oak Ridge High School by renovating and adding on to the original building. Community members rallied to pass a $60 million bond issue, investing in the future talent of its community. Learn more in “Optimizing Oak Ridge.”

In a down economy, there are ample guidelines, agencies and experts available to help you improve the energy efficiency of your HVAC system—and, therefore, put more money in your pocket—for little or no upfront cost. Check out some of your options in “HVAC Retrofits.”

From government buildings to the schools that nurture the young minds who someday will lead this country, this issue of Retrofit is as American as apple pie!