The systems were integrated into two mid-sized conference rooms and two large multi-use spaces at the institute, used for meetings, conferences and clinic trials. Each of the systems utilizes a Listen Technologies CLS2 Loop Driver to amplify the signals.

The National Institute on Deafness and Other Communication Disorders (NIDCD), in Bethesda, Md., is an institution for research into hearing and auditory health issues. Part of the National Institutes of Health (NIH), the NIDCD conducts and supports research in the normal and disordered processes of hearing, balance, taste, smell, voice, speech and language. The institute also conducts and supports research and research training related to disease prevention and health promotion; addresses special biomedical and behavioral problems associated with people who have communication impairments or disorders; and supports efforts to create devices which substitute for lost and impaired sensory and communication function. Tellingly, the clinic has chosen not one but four ListenLoop assistive listening systems from Listen Technologies Corp., a designer, manufacturer and distributor of assistive listening products for more than 16 years. 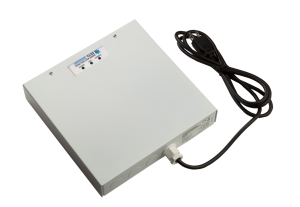 The systems were integrated into two mid-sized conference rooms and two large multi-use spaces at the institute, used for meetings, conferences and clinic trials. Each of the systems utilizes a Listen Technologies CLS2 Loop Driver to amplify the signals.

The systems were installed in late 2014 by CTSI, based in Chantilly, Va. The systems were integrated into two mid-sized conference rooms and two large multi-use spaces at the institute, used for meetings, conferences and clinic trials. Each of the systems utilizes a Listen Technologies CLS2 Loop Driver to amplify the signals. Patients and others at the clinic using T-coil-enabled hearing aids or cochlear implants can now listen in at conferences, training sessions and other activities automatically and seamlessly, without the need for external devices such as earbuds, ear cups or headphones.

Patrick Eason, senior account executive at CTSI, says that the ListenLoop fulfilled every requirement the clinic had: It can be deployed either from above, atop ceiling tiles or even within ceiling moldings, or from below, underneath carpeting or other flooring. In this case, three rooms had their ListenLoop cabling run under the carpeting and one in a dropped ceiling. Also, the ListenLoop’s usable field can be precisely tuned in terms of area covered. That, says Eason, is especially critical in health-care settings such as this one, where Federal privacy regulations, such as HIPAA, must be strictly enforced. “You don’t want patient or other strategic information to spill over into other areas and be able to be overheard by someone else,” he says. “That’s a huge deal in the health-care sector, and a way in which the Listen Loop really makes a difference.”

Then there’s audio quality, and the ListenLoop delivers that with full-range sound, says Eason. “The sound is full and rich,” as he describes it, adding, “It also always delivers a very high degree of intelligibility.” He cites the CLS2 driver in particular as being an exceptional piece of technology—“very simple to install,” he points out, and capable of driving loop areas in excess of 4,300 square feet with an unsurpassed clarity of sound for music and speech for superior intelligibility. “They’re the leaders in this field of technology, the support they give us is spectacular and we’ve had nothing but success with their products in every project we’ve used them in,” he says.