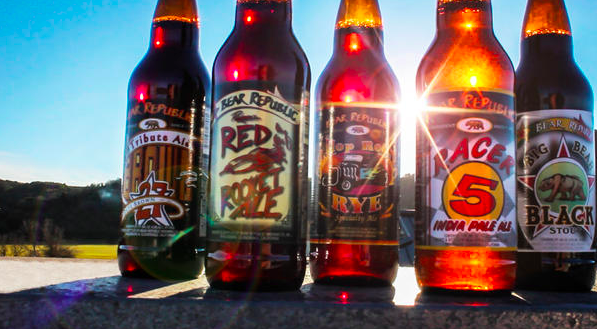 Bear Republic is the 35th largest craft brewer in the U.S., producing 75,000 barrels of beer per year (there are 2 kegs to a barrel). 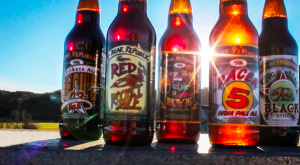 Bear Republic is the 35th largest craft brewer in the U.S., producing 75,000 barrels of beer per year (there are 2 kegs to a barrel).

Jared Blumenfeld, the Pacific Southwest regional administrator for the U.S. Environmental Protection Agency, Washington, D.C., recently commended Bear Republic Brewery, Cloverdale, Calif., for its technological leap of faith during a ceremony at Bear Republic’s production brewery. Since December 2013, the brewery has been treating its wastewater onsite to assist the local wastewater-treatment plant. Now Bear Republic will go one step further by using the methane gas created during the treatment process to heat and power its plant.

Incorporated in 1995, Bear Republic is the 35th largest craft brewer in the U.S., producing 75,000 barrels of beer per year (there are 2 kegs to a barrel). It operates a brewpub in Healdsburg, Calif., in addition to its production brewery in Cloverdale, which opened in 2006. Bear Republic is known for making very “hoppy” beers and India Pale Ales, like its flagship Racer 5 IPA.

For every 1 gallon of beer brewed, Bear Republic uses 3 1/2 gallons of water, which, according to Master Brewer Peter Kruger is a huge improvement compared to craft brewing of the past. “When I started in the industry 20 years ago, people said if you were 10 to 1 you were doing pretty good,” he says. “Brewing by its nature takes a lot of water because there’s a lot of equipment that needs to be washed and floors and tanks that need to be rinsed.” 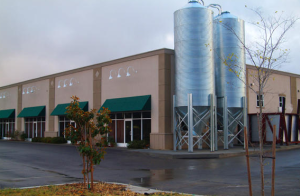 Because of California’s continuing drought conditions, Bear Republic has been considering options to minimize its impact on the city of Cloverdale’s water supply. A major part of its impact is to the local wastewater-treatment plant, so city officials approached the brewery to pre-treat its wastewater onsite. “Brewery wastewater is around 10 to 15 times more concentrated than household effluent,” Kruger says. “We started looking around at some different systems to treat wastewater, and we really liked the system we installed for a number of reasons. It’s a wastewater system with an actual rate of return, and it’s compact and we’re in a very tight space.”

The treatment system Bear Republic opted to purchase is EcoVolt, from Boston-based Cambrian Innovation. The firm was established with a NASA grant to explore how advances in bioelectricity can enhance water management in space. It now focuses on developing environmental solutions based on electrically active microbes for energy and water conservation on Earth. 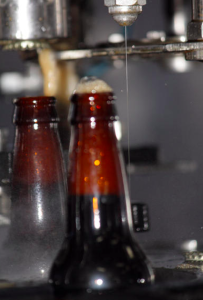 For every 1 gallon of beer brewed, Bear Republic uses 3 1/2 gallons of water, which, according to Master Brewer Peter Kruger is a huge improvement compared to craft brewing of the past.

Although the EcoVolt system is fairly new—created in 2008—it has been tested in real-world applications. French-inspired winemaker Clos du Bois, Sonoma, Calif., tested EcoVolt at its facility for 16 months. In fact, the positive review from Brian Hemphill, Clos du Bois’ director of operations, helped Bear Republic choose the system. “We know Brian; he’s in our community, so talking to him kind of made it a natural fit for us to continue with a trial,” Kruger says.

Bear Republic currently is in a testing stage, which helps generate the data to design the larger-scale system. The testing unit contains all components in one shipping container and is connected to Bear Republic’s wastewater pipes. The final system, which Kruger hopes will be operational by the beginning of October, will consist of three shipping containers and a 50-foot-tall equalization tank that is used to mitigate flow inconsistencies into the system.

“The final system will work similarly to the testing skid,” Kruger says. “It’s going to be a lot more automated and hands off. What we have now is one-twentieth of the capacity of the full-size system.”