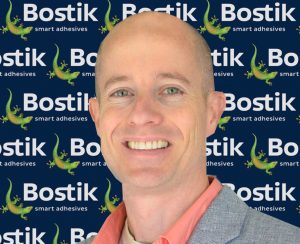 Ben Aulick will be developing and maintaining Bostik’s architectural and design program.

“I’m excited about this new opportunity,” beams Aulick. “With the ongoing growth of the commercial product line and the fact that the company has been building its branding, we’ll be building an architectural sales team that has all the tools geared for growth.”

Ben Aulick, who has been in architectural sales since 2005, comes to Bostik from ACO, where for the past six years he was involved primarily in selling drainage systems to architects and engineers. He will be based in Charlotte, N.C.