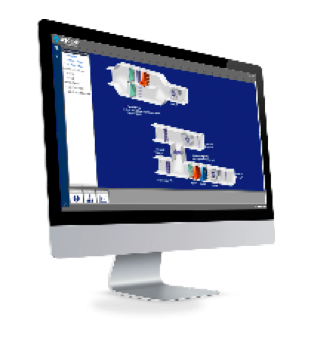 A well-equipped building automation system (BAS) enables control and monitoring of numerous building systems, including HVAC and lighting, among others.

Among the numerous actions for reducing energy consumption in building retrofits, the Rockefeller Foundation and Deutsche Bank Group highlight “active energy management” and “new controls” as two of the most important steps. Systems for doing this—also known as building-automation systems (BAS)—enable dynamic monitoring and management of energy consumption, including heating, cooling, lighting and plug loads. The two organizations estimate that control retrofits and control strategies have a payback period of only three to four years. 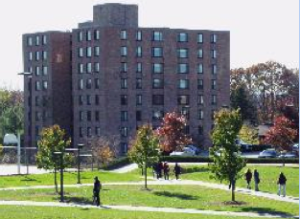 In addition to replacing the high rise’s electric baseboard heaters with a geothermal heating and cooling system, the university replaced pneumatic HVAC controls with direct digital control (DDC) devices and integrated the high rise into the campus BAS. The BAS enabled the university to provide cooling, as well as heating, throughout the building to improve occupant comfort while reducing annual electricity demand to 80 percent of the level consumed by the prior system. All told, the retrofit reduced electricity consumption by 65,000 kilowatt hours per year, which is a cost savings of about $6,000 annually under Connecticut Light & Power’s 2014 July – December standard generation rates.

Building automation systems are made up of three integrated components: control modules, software and wall sensors. Together, these elements empower facility managers to monitor and manage HVAC energy consumption, as well as lighting, plug loads and other building systems.

While the desire to reduce energy costs typically drives building owners’ interest in BAS, the systems can also help manage equipment maintenance and replacement costs for additional cost savings. For example, rather than following a standard HVAC equipment maintenance schedule, which can lead to costly over or under maintenance, facility managers can configure their BAS to provide alarms when various components (such as a chiller or variable-speed air handler, etc.) begin operating out of spec. This allows for maintaining equipment just in time.

A well-equipped BAS can also simplify the building commissioning process in retrofits and new construction. Because the operating costs of a commissioned building are from 8 to 20 percent less than those of non-commissioned buildings, according to the U.S. Environmental Protection Agency (EPA), this is a substantial benefit. To streamline commissioning, some BAS include programs to verify HVAC and other building systems are performing according to design. The wall sensors of advanced BAS enable technicians to access the system throughout the building to conduct tests and verify environmental conditions without carrying separate diagnostic tools, which results in faster and more accurate performance verification. 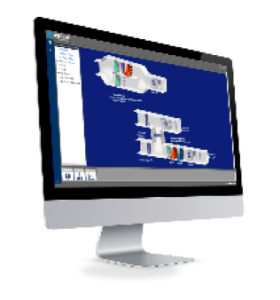 A well-equipped building automation system (BAS) enables control and monitoring of numerous building systems, including HVAC and lighting, among others.

As with any tool, the degree to which a BAS gets used depends to a large degree on its capabilities and ease of use. Following are some features to consider when specifying a BAS, to help ensure the system delivers on its promises:

Software
Because the software is the portal for users to access the BAS, it is crucial that it be intuitive and simple to learn. Software with clear and concise, 3-D graphical interfaces—rather than text-heavy interfaces—enables facility professionals to interact with the system their first time out. This saves on training costs and time.

With online connections, advanced BAS software provides the ability to monitor and control facilities from anywhere, at any time. Such remote operation reduces crew time in the field and empowers facility managers to resolve problems faster for building occupants. To facilitate greater access to the system, one BAS introduced in 2014 offers HTML 5—the latest format. With this capability, users can access the BAS from nearly any desktop computer, tablet or smartphone without the hassle of finding and installing third-party plug-ins.

Control Module
The control module is the BAS’s central processing unit (CPU). Many control modules available today incorporate the industry standard BACnet protocol. BACnet enables the BAS to communicate with HVAC and other building equipment from numerous vendors. Some of the many systems BACnet integrates include:

Dan Abel, director of engineering for the Sheraton Phoenix Downtown Hotel is a proponent of the adaptability BACnet provides. “I’ve worked with systems that are proprietary and you are simply restricted in expansion capabilities,” he says. “When I work with vendors, the first question I ask is, ‘Is your system BACnet compatible?’”

The benefits of a powerful control module go beyond cost savings from managing building systems. A properly equipped BAS can also assist with tenant billing for leased spaces. The result is more accurate billing and better tracking of rent revenues.

Wall Sensors
For building occupants, wall sensors are their touch point to the BAS. Manufacturers are now offering sleek, attractive sensor designs that complement retrofits with contemporary architectural styling. For example, one “microset” introduced in 2014 has a simple touch interface like today’s easy-to-use smartphones. Easy-to-interpret icons enable building occupants to understand at-a-glance multiple environmental readings and building systems status. Displayed data can include room and outside air temperatures, relative humidity and CO2 levels. Color LED lights on the unit’s bottom show occupants from across the room if the equipment is in heating or cooling mode.

As with other building experts, when selecting a BAS delivery agent it is beneficial to request profiles of projects they have completed, along with professional references.

Kevin Callahan is a product owner and evangelist for Alerton, a Honeywell business. He has 38 years’ experience in the building control technologies field, including control systems design and commissioning, facilities management and user training.

Manufacturing Energy Use Decreased 17 Percent from 2002-10

Office Lighting Can Be Connected to a Building’s IT Network