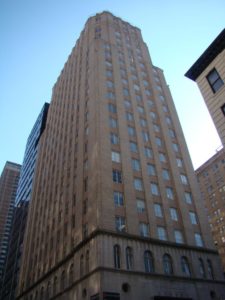 “The system we had in place was an energy hog that was affecting bottom-line revenue for the owner,” says Gene O’Donnell, the building manager. “There was no question we needed a new system, but we also couldn’t burden the tenants while we installed it.”

CALMAC’s IceBank ice storage tanks and two 300-ton chillers were installed. The new tanks will assist in saving the building $40,000 in energy costs per month during the warmer months and generating an additional $10,000 of revenue per year. The upgrades have helped turn the building into a “virtual power plant,” prepared it for the smart grid and was installed at the same cost of the existing outdated system. 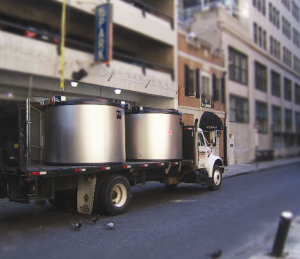 Calmac’s ice storage tanks being delivered to a high-rise building in Philadelphia.

The new thermal-energy storage system, which was installed at the recommendation of Tozour Energy Services, allows ice to be created at night, when power is less expensive and generated more efficiently. The ice is then used the next day to cool the building during peak demand hours, which significantly reduces operating costs. The thermal-energy storage tanks were also paired with Viridity Energy’s VP Power software to provide additional flexibility. With this upgrade to the building controls, the tanks are able to function as a part of a real-time demand response system that utilizes data from the utility company.

“We don’t need one square foot of space in this building to make this money, and the tenants in the building see no change at all,” O’Donnell adds. “We’re as happy as pigs in mud.”

Building Innovation 2020 to Focus on Resilience, Building Technology and Workforce