CENTRIA President Mark Sherwin has announced his retirement beginning April 1. Sherwin has served as president of CENTRIA, a designer, developer and manufacturer of architectural metal wall and roof systems, for more than 17 years.

As the company’s inaugural president, Sherwin was an integral part of the 1996 merger that created CENTRIA. His immediate plans are to become more involved with personal interests.

Succeeding Sherwin is industry veteran Joel Mazur who joined CENTRIA in October 2012, serving as the general manager of the CENTRIA Architectural Systems business segment. The past president of three companies, Mazur brings a wealth of management and industry experience to continue CENTRIA’s longstanding tradition of success.

Most recently, Mazur was president of rollformed steel manufacturer Wheeling Corrugating. His career spans 30 years in the industry, including leadership positions with Winner Steel, The Techs and Weirton Steel, among others.

As part of the organizational transition, Ray Caudill, CENTRIA vice president of operations/general manager, will now oversee the growth of the CENTRIA International business segment. Caudill will continue to lead operations at CENTRIA’s Frankfort, Ky., and Sheridan, Ark., plants, as well as H.H. Robertson Floor Systems.

Another change is the promotion of CENTRIA Coating Services (CCS) Director of Sales and Marketing Jim Dockey to general manager of the CCS segment, where he will oversee activities at CENTRIA’s Ambridge, Pa., and Cambridge, Ohio, facilities. Dockey will apply his leadership experience as a past president of the National Coil Coating Association to the new position.

“This is an exciting new transition,” Sherwin says. “With strong leadership in place and ongoing assistance from our senior managers, CENTRIA will continue to re-imagine metal for architects, building owners and contractors as pioneers of innovation and industry leaders in quality and service.” 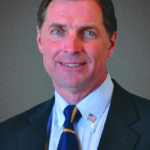 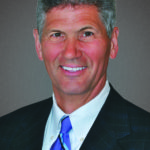 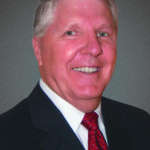 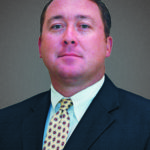 Be the first to comment on "CENTRIA’s President Retiring; Other Leadership Changes Taking Place"