With a mission dedicated to volunteerism, fundraising, community service and outreach, the members of the Fortnightly Club, Summit, N.J., probably never anticipated needing a helping hand themselves. Established in 1893, the women’s club has maintained its headquarters since 1949 on a sprawling estate—the focal point of which is a 7,000-square-foot mansion built in 1908 in the neoclassical style. The mansion, known as Twin Maples, is listed on the New Jersey and National Register of Historic Places. 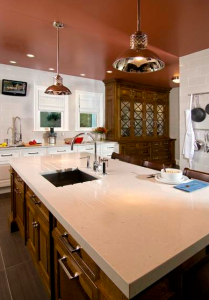 As the years passed, the ladies had trouble financially keeping up with Twin Maples’ maintenance and excessive energy bills. The mansion’s gas boiler, which dispersed steam heat through cast-iron radiators, was so inefficient the building’s temperature was kept at 55 F in the winter so the club could afford the heating bills. There was no air conditioning. Ultimately, the mansion was unsuitable for events throughout the year. With Twin Maples’ 100th anniversary looming, the ladies realized a decision had to be made about its future. Local contractors were invited to evaluate the property and help the members decide whether to renovate, sell or— unfortunately—demolish the once grand, now dilapidated, house.

Antonio Poccia, owner of Perfection Contracting Inc., Newton, N.J., was invited to suggest a new heating and cooling system. Poccia recalls: “I was there measuring when the Fortnightly Club was actually discussing whether they should demolish the building, make it two separate lots and sell the lots. I had to step in because they couldn’t take this building down. It had good bones; it was just old and neglected. The original materials put into that home were very high quality. The walls were straight; the floors were level; there were no structural issues in that property.”

Poccia wasn’t the only one who thought Twin Maples deserved to live another 100 years, so the Fortnightly Club was persuaded to renovate and preserve it. However, the club needed a concept to help pay for the $1.6 million project and contribute to the mansion’s ongoing maintenance. After the renovation, the club planned to rent Twin Maples to other charitable organizations at a rate that would cover the cost of utilities. “As we thought about our extraordinary heating bills, which were far too high to ask other organizations to cover, we began to think it would be great if we could use a Show House to demonstrate to the community how to be green … while preserving a historic treasure like Twin Maples,” explains Heidi Evenson, a club member and Show House co-chair. 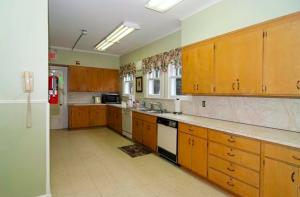 By becoming a Show House, the Fortnightly Club could solicit labor and material donations from contractors and interior designers who wanted to showcase their skills, as well as monetary donations from the community to alleviate the remaining costs of the renovation. All who contributed to the project then were published in a book given to nearly 500 visitors who came through the Show House daily during its one-month exhibition. The concept gave the historic mansion the second chance it needed and provided the funds to install a high-performance geothermal heating and cooling system, ensuring the manageable energy bills the club sought.

It’s not unusual for organizations in this prosperous area of New Jersey—only 30 minutes from Manhattan—to conduct house tours as a source of entertainment and donations. Organizations often use the funds generated from ticket sales for charity. In the case of the Twin Maples Show House, not only did the $25 advance and $30 at-the-door ticket price go toward the Twin Maples Historic Preservation Fund, but funds also were collected for the Carol G. Simon Cancer Center at Overlook Hospital in Summit. Well before the kitchen, bath and interior designers could begin work and while the Fortnightly Club members solicited donations of materials, labor and money, a great deal of preliminary construction work prepared the house for its makeover.

Be the first to comment on "Charitable Contributions Resuscitate a 100-year-old Mansion for a Second, More Energy-efficient Life"