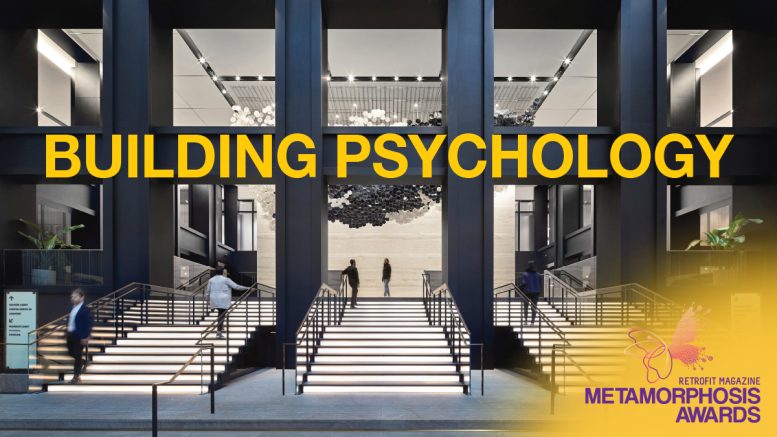 Willis Tower has been an American architectural icon and a centerpiece of the Chicago skyline since 1973. In 2015, Blackstone and EQ Office entrusted Gensler to lead the redevelopment of the site with a mission to re-envision the tower, formerly known as the Sears Tower and one of the world’s tallest buildings, “from street to sky.” In 2021, this transformation of the 110-story property was finalized, marking the completion of the biggest restoration project in the building’s history.

The tower was initially created for Sears Roebuck & Co. as the single tenant with dozens of floors stacked on top of each other; few amenities; and a sea of desks, conference rooms and offices, resulting in a building that didn’t appropriately reflect the evolution of how people work. At the time of its conception, people were not using computers and cell phones, everything was hardwired and much of business was done in an analog fashion.

A major driver for the redevelopment was to expand the building’s offerings beyond office space and a single tourist attraction—Skydeck, which provides history of the building and Chicago, as well as views of up to four states. Much of Gensler’s work surrounded diversifying the retail, amenities, meeting facilities and outdoor space, shaping Willis Tower into an attractive destination for more than just the workers and tourists who visit the site daily, but to all Chicago residents.

For Willis Tower specifically, it was about creating a district in the city and a building that was not simply about work, but about life. Recognizing the reciprocal relationship between a building and its community, it was important to not only breathe new life into the iconic structure, but to also reenergize the surrounding neighborhood. The team was also asking: How can the redevelopment better the neighborhood as a whole? How can it improve the streetscape? How can it make commuters’ experiences better?

People think about cities as porous now; they want to move through buildings, use the amenities inside and be invited into the building’s community in a much different way than before. What a tourist is looking for at Willis Tower is very different than what an office tenant is looking for, so studying the paths that users take helped to create distinct experiences throughout the building. The design team dedicated time to strategically understanding the psychology of the building, considering how it could most impact and add value to the daily routines of tenants, tourists and the general Chicago population.

There’s a sense of pride about this building and, like any historic repositioning, it is key to recognize the brand equity and history inherent to the project but also look forward because the goal is to reinvent a 50-year-old building for the next 50 years.

While honoring the tower’s original glass and metal aesthetic, as well as its ground- breaking “bundled tube” structural module, the new podium offers a more textural and tactile design at a human-scale. Terra cotta, a nod to the rich history of its usage in the Loop, was incorporated at the streetscape level and main entries to add visual interest and contrast to the glass-clad façade.

The Wacker Drive entry, typically used by tenants, guides visitors up a grand staircase and through dark aluminum-clad columns to a hospitality-inspired open lobby that blurs the lines between work and leisure, offering lounge space for mingling and co-working. Original travertine walls in the Wacker Lobby serve as the backdrop to a permanent art installation at the site, “In the Heart of This Infinite Particle of Galactic Dust”, by Jacob Hashimoto, who has ties to Chicago as an Art Institute of Chicago graduate.

The podium opens paths of travel through the entirety of the base; previously, different entries were designated for tenants and Skydeck visitors with no through access. The Wacker Lobby now leads to Catalog—300,000 square feet of new dining, entertainment and retail, reminiscent of Chicago’s many public outdoor plazas. The name is a nod to the classic “Sears Catalog” and its spectrum of offerings, which include full-service dining with Chicago’s emerging and widely recognized culinary talent, experiential art exhibits and high-end convenience shopping. Looking upward, guests encounter incredible views of the tower through an undulating 75- by 85-foot skylight, offering a unique vantage point of the superstructure from the ground level. Located off the Jackson Boulevard entry where world-renowned artist Olafur Eliasson’s “Atmospheric Wave Wall” lives, Catalog serves as a main entry point for Skydeck visitors.

Willis Tower’s new offerings, from food and beverage to the world-class art program to the outdoor public park, give a new generation of locals and visitors a reason to stay awhile to enjoy the experience.

Be the first to comment on "Chicago’s Iconic Willis Tower Is Redeveloped into an Attractive Destination for Its Workers, Tourists and All City Residents"