The Massachusetts Department of Conservation and Recreation (DCR), Boston, manages 450,000 acres of state parks that include beaches, campgrounds, dams, islands, mountains and millions of miles of hiking trails. Within these parks are hundreds of buildings, many of which are historically significant but have no identified use and, therefore, fall low on the state’s list of priorities for maintenance and upkeep. 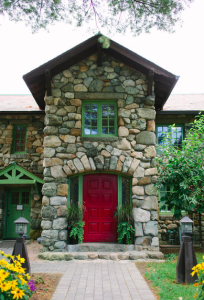 In the early 1990s, state officials realized they were losing some notable buildings because the state didn’t have the funds to maintain them. Consequently, Massachusetts passed legislation in 1994 that identified 22 buildings within its parks that could be rehabilitated through a unique public-private partnership known as the Historic Curatorship Program. Today, the program includes 60 properties, 20 of which are currently being or have been rehabbed.

The Historic Curatorship Program relies on regular citizens to rehabilitate and maintain property in exchange for a long-term lease from the state. It costs curators nothing to live in the building, but the financial and emotional investment can be great. “If a property becomes part of this program, it’s the last hope. We’re at the end of the line in terms of being able to save the building,” explains Kevin Allen, Historic Curatorship Program manager. “For the most part, these buildings need substantial repairs, not only structural, exterior and interior details, but also wiring and plumbing. In a lot of cases, because they’re in parks, these buildings are not tied to septic systems and they have wells that have been occupied by animals for years. They need very significant work.”

Despite the amount of labor these properties require, their histories undoubtedly make them worth the effort. For example, the Bradley Palmer Mansion in Bradley Palmer State Park, Topsfield, Mass., is a Tudor-Revival-style building with a unique rubble-stone exterior. Built in 1903 by Bradley Palmer, a renowned attorney and businessman who loved to entertain, the house has hosted distinguished guests, including President William Howard Taft and General George S. Patton, among others. When Palmer died in 1948, he left his home and 721-acre estate to Massachusetts, requesting they become a state park.

After various uses, such as office and civil defense training space, the mansion was boarded up and fell into a state of disrepair. It wasn’t until the right curator came along that the mansion went through a labor-intensive rehab process and is again being used in the spirit for which it was built—as an event venue called Willowdale Estate. 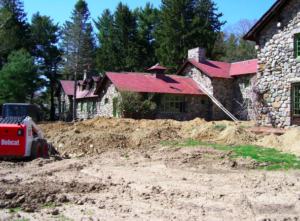 The Bradley Palmer Mansion, Topsfield, Mass., before becoming part of the Historic Curatorship Program and being renamed Willowdale Estate. Photo: Massachusetts Department of Conservation and Recreation

When Massachusetts passed legislation to begin the Historic Curatorship Program, it allowed DCR to do two things:

The properties named in the 1994 legislation were chosen based on a year-long survey conducted by a consulting group that profiled all the state park’s historic buildings to determine which were most in need and worthy of preserving. “The survey helped DCR determine whether the building’s reuse could be compatible with the current park use and our current needs for the rest of the property, as well as whether there may be somebody who would have an interest in the property,” Allen explains.

Since the legislation passed, there have been six amendments adding properties to the Historic Curatorship Program. “The properties added later are based on new discoveries or cases in which a plan to rehabilitate a building for park use fell through,” Allen remarks. “When our agency merged with the Boston parks system a new variety of property opportunities became available, and we added about 15 properties in the metropolitan Boston area to the legislation a couple years ago.”