Multifamily communities guided by homeowners associations (HOAs) have a lot to track. HOAs have to manage their reserve funds, identify immediate and long-term replacement needs, and find the best solution to each challenge. Because HOAs are generally comprised of laypeople, this complicated process is rife with the potential for missed opportunities.

It’s common for HOAs to focus on the task before them (a new roof this year, more efficient lighting the next) and call in specific professionals to address the need at hand. Naturally, a single vendor hones in only on its area of expertise. But evaluating the whole picture is where synergies lay that leverage a project’s financial outlay. 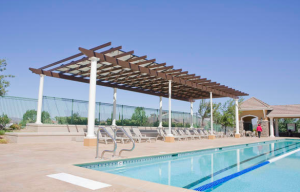 “By looking at where a community is currently expending energy—both gas and electric—and assessing their short- and long-term needs, we can creatively address their needs with combined efficiency and renewable-energy systems for the best return on investment,” asserts Ken Kosloff, principal/senior construction consultant at Oakland, Calif.-based Richard Avelar & Associates, which provides project oversight and construction management services to clients. “This is not a one-size-fits-all approach. It has to be customized to every property, but the rewards are fantastic.”

One example of big gains is The Keys in Walnut Creek, Calif. When board members commissioned a full energy audit of the property by the Bronx, N.Y.-based AEA (Association for Energy Affordability Inc.), Kosloff was shocked that the 40-year-old, 792-residential-unit complex paid more than $300,000 per year in electric bills alone. Aging pumps and motors that ran the community’s streams, brooks and three commercial-sized pools wasted immense energy.

In addition, the community’s vast network of underground parking used T8 fluorescent lighting fixtures that ran 24/7. The Keys HOA spent $725,000 to change all lighting in the complex to LEDs, replace mechanical pumps, install pool covers, rework the HVAC system in the clubhouse/fitness center, and put new controls on the buildings’ boilers to prevent large temperature fluctuations. Simply changing out the controls and replacing existing lighting with LEDs is estimated to save a dramatic 40 percent in energy costs when the project is complete in December. In addition, the difference in varying systems’ payback periods can help make smart but longer-term-value systems more palatable to customers. By combining average one- to two-year payback on the pump controls with the longer term return on investment from switching over to LEDs, it lowered the overall payback period of the project. Kosloff says had the community focused only on one improvement, their reward would have been much less.

Combining solar photovoltaic systems with LED lighting projects can offer enhanced payback, as well, as the 1,500 residents of the Dublin Ranch Golf Course in Dublin, Calif., discovered. The initial project was to build shade structures for its community pool. Seeing that the community paid an annual $21,600 for electricity, its consulting team explored how the community could use the pool project as an opportunity to lower that bill. The HOA decided to install 100 solar panels on two shade trellis structures and replace 10 bollard lights around the pool with high-efficiency 24-watt LED fixtures.

These two changes are projected to save nearly 80 percent on the electric bill, dropping it to less than $4,000 per year. “A solar system was designed that offset the cost of changing out to LEDs, which lowered the overall payback period,” Kosloff notes. “It’s important to buy and own the system to get the value over time. The Dublin project’s solar panels are warrantied for 25 years and the project will pay for itself in 10. After that, they’ll pocket all the savings.”

The Madison’s 60-unit, 4-story building in Walnut Creek, Calif., used its roof replacement project to investigate the addition of solar panels. The HOA had saved money for the roof itself but nothing for solar photovoltaics. The community became convinced to move forward with solar when it learned that adding solar several years down the road would cost 25 percent more than folding it into the current project. Moreover, the solar portion (and a partial LED retrofit) will pay for itself in less than seven years. The HOA borrowed from its reserve funds to finance the full project and is paying back its reserves with the $25,000 per year it will net in energy savings. After that, the community will gain 100 percent of the savings.