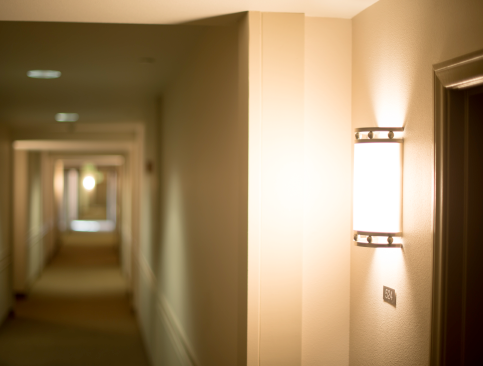 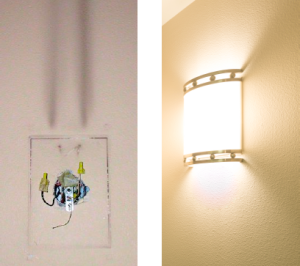 Before (left) and after photos show the black streaks left by the previous fluorescent fixtures.

Lighting is meant to give homes warmth, making them welcoming to visit and reside in, but that was not the case at Paseo Villas condominiums in downtown San Jose, Calif. The wall sconces outside the entry door to each residence were marred by black streaks running up the wall from the fixture. The unsightly burn marks were the result of the chimney effect caused by the PL13 fluorescent bulbs that were being used in the fixtures.

Built in 2000, Paseo Villas is part of the downtown district redevelopment project. A 6-story midrise building, Paseo Villas has 104 residential and five commercial units. In addition to the black streaks, dim lighting and varying color temperature also plagued the hallways in Paseo Villas. 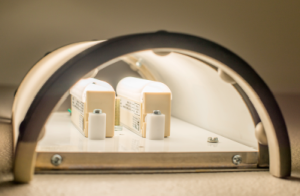 The existing light fixtures did not have to be altered for the new Linear LED engines.

In an effort to reduce energy use and cost, only one PL13 fluorescent bulb was being used in each sconce fixture instead of two. Each time a pricy bulb was replaced, its color temperature would differ from others along the hall. To solve these problems and improve the safety and appearance of the condo building, Paseo Villas retrofitted the 200 wall sconces throughout the building with TerraLUX LED Engines.

The complex conducted research into alternative lighting options for several months before deciding to use TerraLUX products for the retrofit project. TerraLUX was an appropriate choice for Paseo Villas because the existing light fixtures did not have to be altered, the Linear LED engine exceeded lumen output expectations and reduced energy usage in the building without sacrificing lighting quality. 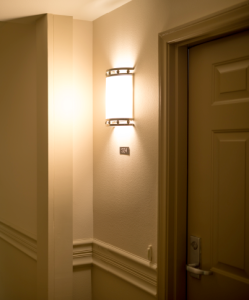 Since the installation of the TerraLUX Linear LED Engines, Paseo Villas has experienced a 50 percent improvement in lighting quality and projects 33 percent energy savings annually.

Since the installation of the TerraLUX Linear LED Engines by Rea Lighting Representatives, Paseo Villas has experienced a 50 percent improvement in lighting quality. Hallways were also given a fresh coat of paint making the scorch marks on the walls nothing more than a bad memory. As an additional benefit, the building is projecting 33 percent energy savings annually. The TerraLUX Linear LED Engines will run for more than five years without maintenance. The engines are all color-controlled to give off the same color of light, and two LED engines consume about the same amount of electricity as one fluorescent bulb while giving off much more light—resulting in much brighter hallways at no added energy cost.

Residents at Paseo Villas also now have peace of mind, knowing the light fixtures outside the front doors of their homes are not creating a potential fire hazard.

Downlights Are Suitable for Shallow Plenums