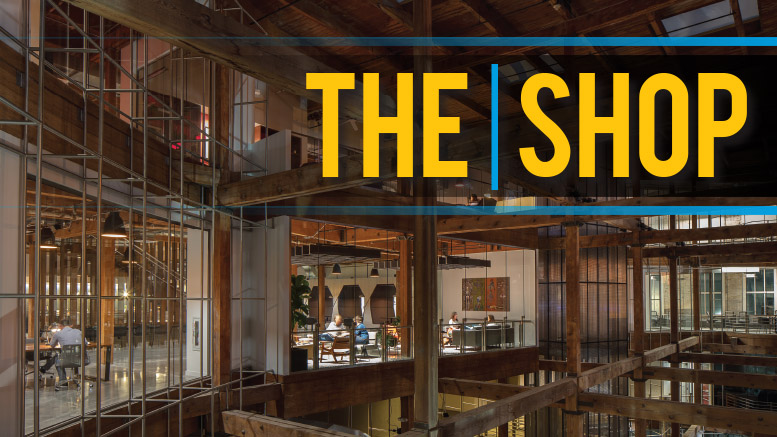 At the corner of Camp and St. Joseph streets in New Orleans’ eclectic downtown stands a 100,000-square-foot former warehouse building. Constructed in 1905 as the headquarters of K&B, a local drugstore chain, the building was donated to a passionate group of artists when K&B closed in the 1970s. The artists, who were intent on celebrating the growing trend of intertwining visual and performing arts, created the Contemporary Arts Center (CAC), a 501(c)(3) organization that remains active today.

In addition to dedicating two floors and 10,000 square feet of the building to artists’ bold experiments, CAC’s education department engages more than 10,000 children and adults annually. This education and outreach offer students—most for the first time—the opportunity to work with established artists, cementing CAC’s cultural significance in New Orleans.

The third and fourth floors of the CAC building, however, have always been underutilized. CAC representatives searched for years to find a way to generate a profit with the upper floors. In the fall of 2017, CAC completed a 40,000-square-foot renovation with local developer (and now tenant) the Domain Cos., transforming its third and fourth floors into an art-filled coworking space for a diverse group of creative professionals across a wide range of industries.

The Creation of The Shop

CAC’s third and fourth floors had been extended gallery space and an area for costume fabrication for New Orleans’ once-booming film industry. The existing conditions of the third and fourth floors were what many designers hope to find when tasked with a renovation: exposed masonry walls; historic wood floors distressed from prior use; and warm, exposed heavy timber columns and beams. Despite the beautiful backdrop, to create the coworking space, the design team had to overcome several challenges.

To allow The Shop’s users and CAC patrons alike to enter the building through the main entrance at Camp Street, an existing 4-story atrium had to be uncovered. Approximately 50 percent of the existing drywall separating the upper floors from the atrium was removed and replaced with a 10-foot- tall glass storefront, maximizing daylight through the building. An existing projection into the atrium was converted into a fourth-floor enclosed balcony that acts as an “outdoor” lounge and study.

Fire code required the team to separate the existing occupancy from the new office areas. The required fire separation was achieved by laying 4 inches of concrete over the existing wood floors on the third floor. The concrete then was polished, which complements the raw, industrial character of the space.

Connecting the two floors represented perhaps the greatest challenge, the solution of which led to the genesis of a significant unifying attribute: the feature stair. Elevator access had existed for all four floors; however, elevators are located in the lobby, and users would have to exit The Shop to enter the elevator. The design team created an openly communicating design with the feature stair.

Emerging from a 30-inch concrete podium, affording users an informal workspace and stage, the ash-wood and steel staircase is an organizing element in the space—programmatically and architecturally. It provides commons space and a central feature programmatically but also offers access between floors. A nod to the texture of the existing timber structure, the podium’s rough board-formed finish is an elegant contrast to the smooth surface of the concrete floor.

Starting with the concrete slab, the stair begins as a work surface, folding up to define an intimate meeting space beyond a wood screen. Moving upward, the bands of steel and wood thread into the treads of the stairs, passing through the fourth floor and bending to create an overhead trellis that defines a seating area.

Hussein Alayyan, LEED AP BD+C, is an architectural designer with New Orleans-based Eskew+Dumez+Ripple Architects. He has acquired a significant portfolio of domestic and international work that reflects his interests in many building typologies, including residential, civic, interiors and urban design.

The Saints Go Marching In