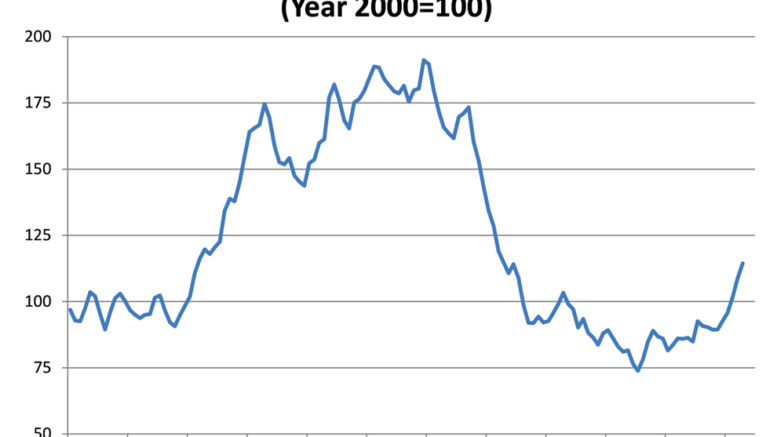 The Dodge Momentum Index rose 5.2 percent in April from the previous month, bringing the index to its highest level since mid-2009.

The April advance for the Momentum Index was largely the result of a strong upturn by its commercial segment. New plans for commercial buildings rose 8.5 percent in April, buttressed by several retail projects. Among the larger retail developments to enter planning in April were a new $71 million outlet center in Niagara Falls, N.Y., and a $60 million shopping center in San Francisco. New plans for a 347-room luxury hotel planned for the Mall of America in Bloomington, Minn., gave the pipeline for commercial development a further boost. Meanwhile, the institutional segment in April showed only a slight 1.2 percent gain, as a decline in plans for new health-care buildings offset a gain for education-related development, including a new $120 million veterinary building and lab at Texas A&M University. 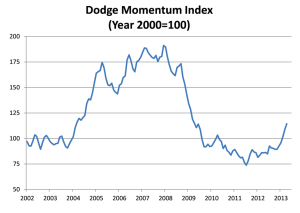 The Dodge Momentum Index rose 5.2 percent in April from the previous month, bringing the index to its highest level since mid-2009.