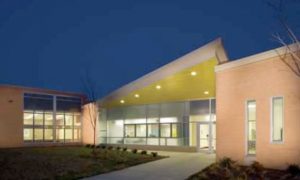 With the ductwork sealed, the school district estimates that it will save about $45,000 each year in energy bills.

The superintendent at the Licking Heights school district in Ohio thought the cost for heating and cooling all five of its school buildings was high, but one 7-year-old elementary school in particular stood out. Its energy bills were double that of a similar school just down the road. It was also plagued by uneven heating. To keep warm, students and teachers in the far wing of the building often wore hats and coats during class.

An energy audit revealed that, like most U.S. buildings, each school in the district was losing about 30 percent or more of treated air through leaks in the ductwork. West Elementary School was particularly problematic; losing more than 50 percent of treated air through duct leaks. Several options for fixing the problem were considered, but, in the end, due to several factors including cost, limited disruption and the guarantee, it was decided to use Aeroseal, an aerosol-based duct sealing technology developed by the U.S. Department of Energy.

The entire project was conducted over the winter holiday recess. Teachers and students came back to a different situation. For the first time, all of the classrooms were warm and comfortable. Thermostats were turned down. Fan power was reduced.

With the ductwork sealed, the school district estimates that it will save about $45,000 each year on its utility costs. The school also received a cash rebate of more than $27,000 through an energy savings program offered by AEP Ohio, the local utility company. The district is now looking at having its four other schools aerosealed as well.

“I am always skeptical about claims that sound too good to be true, so when I first heard about Aeroseal, it was originally, in my mind, the least appealing option. But after doing some research and learning about its use at other education facilities, including an Ohio State University dormitory, it became the solution of choice. The project came in within budget and on time. The results met every expectation and then some,” says Dr. Philip Wagner, superintendent, Licking Heights School District.

“It certainly helped that the aeroseal solution would cost less and take less time to do than the other options on the table. But the guarantee and testimonials from other customers really sealed the deal. Once they saw the difference it made to both energy savings and system performance, we knew this was just a door opener. We are now looking at doing similar work for the other buildings in this school district, and as word gets out about the savings Licking Heights achieved, we are finding similar interest from other area school districts as well,” states Tony Furst, solutions engineer, Bruner Corp.

The Case for Reflective Roofs