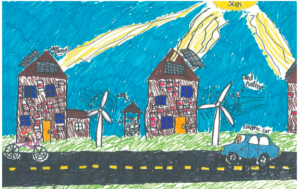 CMS also identified site-based energy coordinators—typically administrative team members or other leaders—who receive energy-consumption information about their schools and share it with staff and the public to raise awareness about conservation practices. To further reduce energy in their facilities, the energy coordinators receive checklists and other energy-related information from the CMS Building Services Group, which includes custodial, energy management, architectural, mobile classroom, energy, environmental health and safety representatives.

Student and staff participation is central to the program’s success. Teachers and students receive monthly reports of energy use and help increase efficiency by turning off lights and computers when not in use. CMS ensures everyone is actively participating through repetition of its energy-efficiency message and by tracking site utility usage. Some schools have integrated energy-efficiency lessons into their curriculum. Efficiency lessons learned in school will hopefully be taken home, which in the long run will aid future generations in energy independence.

In the baseline year, the district used 226 million kilowatts of electrical power to operate schools and offices. It used 3.5 million therms of natural gas. It consumed more than 256 million gallons of potable water. The district generated more than 20 million pounds of solid waste. For the school year that ended June 2012, CMS used less than 190 million kWh and less than 2.7 million therms while opening two new high schools, two new middle schools and 11 new elementary schools, as well as completing multiple additions and renovations. This savings allowed the district to avoid more than $22 million in costs during the economic downturn that squeezed school funding, which consequently reduced the number of district layoffs and redirected some funds to classrooms. 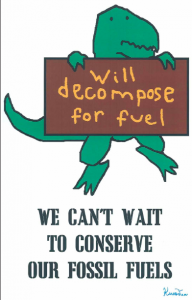 CMS tracks all utility usage with a utility-manager software program that identifies schools with high or low energy consumption, as well as those with significant variants so they can be directly uploaded into the software program, reducing labor costs. Electronic billing has allowed the district to use a part-time data-processing technician, an energy manager and one support employee to manage its energy program. Typically, CMS looks at monthly and yearly data, but any timeframe can be used; CMS has data for the past 10 years. By identifying how facilities are performing, CMS is better equipped to utilize its limited resources in a manner that saves the district as much money as possible.

With the combined efforts of maintenance, property managers, custodians, engineers, students and teachers, CMS has raised its portfolio average ENERGY STAR rating to 73 from less than 50. A rating of 50 indicates average energy performance while a rating of 75 or better indicates top performance. Sixty-five CMS buildings, representing 7.2 million square feet, have received ENERGY STAR certification, meaning they have achieved a rating of 75 or better. Commercial buildings with the ENERGY STAR designation use, on average, 35 percent less energy than other buildings. They also release 35 percent less carbon dioxide into the atmosphere.

Bryan Steiner is a senior construction engineer of Building Services with Charlotte, N.C.-based Charlotte-Mecklenburg Schools (CMS), the 18th largest school district in the U.S. He is CMS’ energy team leader and has reduced the district’s utility budget from in excess of $27 million to $23 million.

All-weather Insulation Tapes Are for Numerous Types of Insulation