One of CMS’ great successes was a building that rated well below 30 and now is ENERGY STAR certified. CMS spent less than $2,000 re-commissioning the control system, which has saved the district 10s of thousands of dollars in utility costs.

The district’s schools have also participated in EPA’s Battle of the Buildings Competition, a national challenge in which thousands of buildings compete to reduce their energy waste. CMS enters schools that are low and high performers, as well as new and older facilities. Five schools entered last year’s competition: Bradley Middle, Chantilly Montessori, Elizabeth Traditional, Myers Park Traditional Elementary and Providence Spring Elementary. Myers Park Traditional Elementary finished in the top 15 percent of all buildings. The competition drew attention throughout the district to the good work CMS is doing by showcasing schools in local publications and on television and the radio. 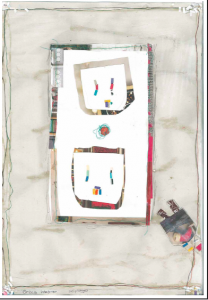 One of the district’s most significant improvements in practice has come in the planning phase of new schools. CMS has used ENERGY STAR’s Target Finder to support future energy goals and improve construction practices and plans. Target Finder is a free online tool that enables architects and building owners to set energy targets and receive an EPA energy performance score for projects during the design process.

Pineville Elementary, which is expected to be ready for occupancy in February, will operate at the highest environmental standard and earn the ENERGY STAR designation. “We have reduced the money we spend on electricity and other utilities by more than $5 million during the past two years,” says Guy Chamberlain, associate superintendent for auxiliary services.“The Pineville replacement school is another example of our commitment to good environmental stewardship. We want to build the most energy-efficient schools that we can because it’s good business practice and good for the community.”

Bryan Steiner is a senior construction engineer of Building Services with Charlotte, N.C.-based Charlotte-Mecklenburg Schools (CMS), the 18th largest school district in the U.S. He is CMS’ energy team leader and has reduced the district’s utility budget from in excess of $27 million to $23 million.