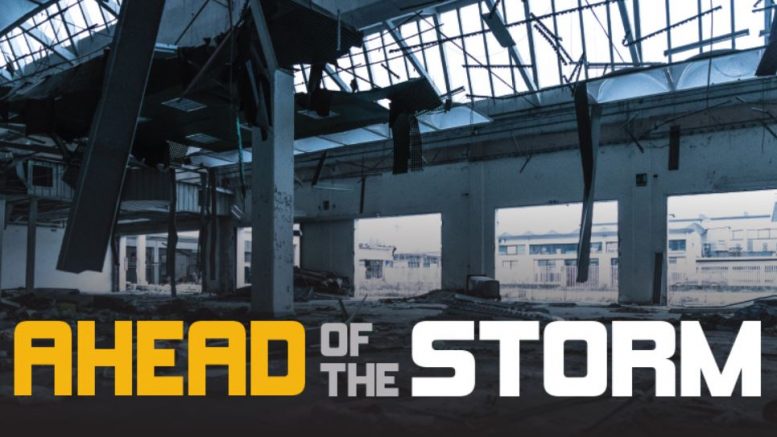 1974 was a year full of news. Some of it made history; some of it faded into footnotes in long-forgotten books. Nixon resigned from office. The Dolphins beat the Vikings in Super-Bowl VIII. And the Universal Product Code, or barcode, was put into use for the first time on a pack of Wrigley’s chewing gum.

One item that didn’t make national headlines occurred in May 1974 when Congress unanimously passed the Disaster Relief Act. This vote on Capitol Hill established an important framework for how the federal government would provide disaster relief to the 50 states. Despite being amended multiple times, the focus of the Disaster Relief Act continued to inform federal policy for more than four decades: In terms of natural disasters, funds would be provided after the damage was done and rebuilding would, at best, restore buildings to their original state.

This approach stayed relatively constant until October 2019 when Congress passed legislation, which then Federal Emergency Management Agency Administrator Brock Long hailed as “transformational,” adding that it would “allow the emergency management community to continue to improve the way we deliver assistance before, during and after disasters.” Of special note here is Long’s emphasis on “before”.

The legislation, known as the Disaster Recovery Reform Act (DRRA) of 2018, incorporates funding for disaster relief, but its primary focus is prevention. After more than four decades, the federal approach is shifting from one of rescue and relief to one of mitigation and resilience. This is very good news for the retrofit community because federal funds, distributed through the states, can now be used to upgrade a structure in anticipation of future destructive weather events.

Although DRRA represents a seismic change in approach, FEMA has, in fact, been incrementally supporting mitigation activities since its founding almost 30 years ago. The agency defines mitigation as, “the effort to reduce loss of life and property by lessening the impact of disasters” with emphasis on activities before a storm to strengthen the built environment. Prior to the passage of the DRRA, mitigation activities were usually bundled with disaster relief funds, limited primarily to planning purposes or earmarked for recovery from specific events, such as earthquakes or floods.

In addition, federal funds earmarked for mitigation could be used to repair damaged buildings only to their prior standards, not improve them to better withstand the impact of future storms. Under the legislation passed last year, funds can be used to strengthen the built environment to heightened standards of resilience, so buildings can protect people and property during future storms and readily return to normal function in the wake of a disaster. In other words, buildings repaired in the wake of a storm can be built to standards that will not doom them to experience comparable damage in future storms.

From 2010-19, extreme weather events inflicted staggering financial losses in the U.S. During this period, there were 590 presidential disaster declarations and 110 events that each caused at least $1 billion in damage. Together, these disasters racked up $418 billion in economic losses. Despite FEMA’s mitigation efforts during that period, this intensifying cycle of natural disasters—and the stress it has put on FEMA responders and budgets—brought the need for mitigation activities front and center.

Adding to the support for a mitigationbased strategy, the National Institute of Building Sciences (NIBS) released in January 2019 the results of its ongoing study, “Natural Hazard Mitigation Saves”, that clearly demonstrated mitigation represents a sound financial investment. NIBS illustrated “the benefits of designing buildings to meet the 2018 International Residential Code (IRC) and 2018 International Building Code (IBC)” delivered a national benefit of $11 for every $1 invested. The organization’s research proved without question that mitigation saves, and it saves a great deal.

Implementation of the DRRA will be through the Building Resilient Infrastructure and Communities, or BRIC, Program, a new fund based on estimated postdisaster grant expenditures. FEMA has not yet published the specifics of the BRIC Program but, as of this writing, a FEMA spokesperson says the BRIC Program will begin in fall 2020. The existing Pre-Disaster Mitigation Program, focused primarily on community planning to cope with disasters, will end after the 2019 grant monies are obligated.

The DRRA legislation requires a 6 percent “set-aside” to fund the program, based on spending the preceding year through the existing FEMA Disaster Relief Fund. Elizabeth Zimmerman, a former FEMA executive, estimates the program will be funded at $300 million to $500 million per year, “with significantly greater amounts of money in years that have a high number of catastrophic disaster obligations,” per Emergency Management, Sept. 25, 2019. FEMA representatives emphasize this is not the first funding the federal government has committed to mitigation efforts, but it is potentially by far the largest amount earmarked for efforts to prevent damage from cataclysmic storms.

The scale of the BRIC Program, and the amount of funding it will deliver, has meant a relatively long run-up period until the program is activated and the money flows. FEMA has consulted a broad range of stakeholder groups, including the American Institute of Architects, Insurance Institute for Business & Home Safety, NIBS, State Farm, Liberty Mutual and USAA, as well as potential applicants for BRIC funding, to ensure the “full potential” of the disaster program is realized. Funding will be distributed through state, tribal and territorial governments. BRIC grants are expected to be awarded to applicants that have forged “whole community partnerships” that will build a community’s capability to manage future emergencies.