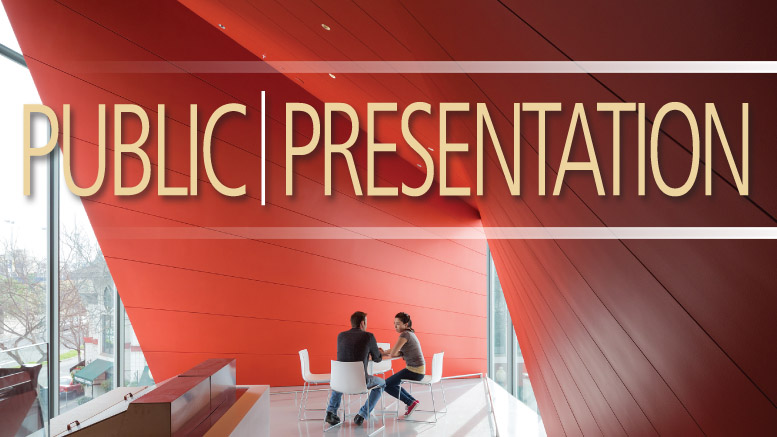 As the caretaker of 19,000 works of art dating from 3,000 BCE and more than 17,500 films and videos, the University of California Berkeley Art Museum and Pacific Film Archive (BAMPFA) honors its mission to inspire the imagination. BAMPFA’s collections exhibit history and originality, and its new location vibrantly expresses both of these qualities in architectural form. Seismic concerns necessitated a move out of the celebrated Mario Ciampi-designed building to the edge of campus in downtown Berkeley. The original concept for BAMPFA’s new site was to demolish a printing plant and adjacent administration building—both erected in 1938—and create a 125,000-square-foot replacement. Fortunately, the plan was abandoned because of the economic downturn. Although the Art Deco printing press building was not a registered historic landmark, the space held significance as the site where the original Charter of the United Nations had been printed. “The community wanted to save the buildings as they lent history, historic fabric and human scale to the neighbor- hood,” recalls Duncan Ballash, president and principal of San Francisco-based architecture firm EHDD. “The university embraced the idea and launched a national design competition to reuse the press building and administration buildings in the design.”

Ballash says the team identified features of the press building that held historic value and worked well for reuse. Team members determined to save the press building’s south-facade and structural steel bents that created a sawtooth roof with a north-facing clerestory. The roof structure, however, was in poor shape.

“This building sits a mile and a half from the Hayward fault, and we needed to make it seismically sound,” says Nick Morisco, senior associate at EHDD. “We decided to remove the roof and take out the structural steel bents piece-by-piece, then reinstall them.” The bents were jackhammered out, cut in pieces and stored offsite. Crews removed lead paint, hammered out dents and then craned the bents back in place to support a new roof.

The press and administration buildings share a foundation but are separate structures with independent systems to resist seismic loads and will each move very differently during an earthquake. Select shear-wall remediation was sufficient to brace the administration building. To create a structurally sound system for the press building, in addition to the new roof, the team installed a new west wall, select shear walls and supplemental steel braces at the clerestory openings.

At the north end of the site, the steel volume terminates with an exterior LED video screen that brings the building facade to life. PHOTO: Iwan Baan

On the historic south facade along Center Street, DS+R’s design removed original glass block windows and expanded the openings with clear insulated glazing to allow natural light to flow into the gift shop, lobby, an assembly performance space and indirectly into the galleries. The large front windows also offer the community views to a 60- by 25-foot interior wall, where international artists will display commissioned murals.

The north-facing clerestory allowed the operators of the original printing press to use natural light and Ballash says it served as the inspiration for converting the former press area into a naturally lit art gallery. “Because some art is light sensitive, we equipped the clerestory windows with three settings: one with filtered natural light from the glazing itself, the second is a shade that can be pulled down to allow for 5 percent natural light penetration and the third is a blackout shade.”

Removing the roof and steel bents also facilitated an underground operation that was part of the project. The design created new art galleries tucked beneath the press building and a small portion of the ad- ministration building. Reaching below the water table at 27-feet below adjacent grade, the excavation for the galleries occurred within the printing plant’s footprint. “We shored the south facade in place while the galleries were constructed underneath, and then we built the press building back in place on top of the new galleries,” Morisco explains. “The administration building was also suspended on impressive shoring during the underground construction.”

Energy-Efficient Pumps are Available for Use with Single-phase Power