First United Methodist Church, Green Bay, Wis., needed better, brighter lighting in its sanctuary, as well as energy-efficient lamping solutions. According to Paul Harrison, the church’s building supervisor, “We needed to fit our old church fixtures with long-lasting lamps that would provide ample lighting to help parishioners read our literature.” 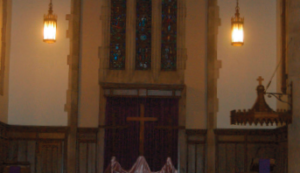 With 1,200 members in its community, First United Methodist Church is a congregation of faith, rich in history, tradition and diversity. Its history dates back to 1836 when the Methodist Society built the first Protestant Church building in Green Bay. In its fourth building today, which was dedicated in 1929, the congregation added an educational wing in 1958, and extensive remodeling was completed in 1988. In 1994, the church acquired an office building that provided room for expansion. First United Methodist Church is a vital congregation today, involved in the community with a vital living faith, active programs, beautiful facilities and an openness to newcomers and other who wish to join them in their faith journey. 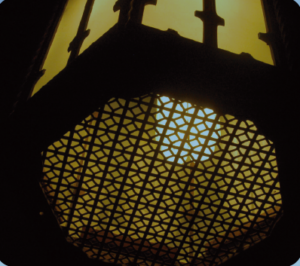 Visual Impact Lighting, a Wisconsin-based lighting sales agency, recommended MaxLite’s HighMax High Output compact fluorescents (CFLs). With high lumen maintenance and crisp color rendering throughout the lifetime of the bulbs, the CFLs were appropriate for this retrofit high-wattage application. The self-ballasted lamps are constructed with a large, solid aluminum heat sink for cool operation and high-heat fluorescent U-bend tubes, which are optimized for strength and longevity. The higher-wattage models have an on-board internal cooling fan that helps maintain lumen output, color rendering and reduce wattage consumption.

“Ten lighting fixtures were retrofitted with three MaxLite HighMax lamps in each, for a total of 30 new lamps,” says Dave Zochert, president of Visual Impact Lighting. “Light levels in the sanctuary rose from 2 foot-candles to more than 14 foot-candles, making it much easier for parishioners, especially older members of the congregation, to read church bulletins and hymnals.”

The church’s pendants previously utilized three 300-watt PS25 standard incandescent lamps, which were replaced with three 80-watt HighMax Lamps, for more than 70 percent energy savings. Each HighMax lamp offers a 10,000-hour lifetime, which is five to 10 times longer than a standard incandescent bulb that lasts 1,000 to 2,000 hours. MaxLite’s HighMax CFL lamps will also save a substantial amount of maintenance time and costs. In addition, re-lamping the 10 fixtures suspended from the 40-foot-tall ceiling is a strong challenge for maintenance personnel. 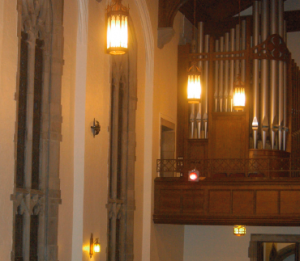 “After the new MaxLite lamps were installed, congregants gave the new lighting a round of applause during its Sunday services,” Zochert explains.

The HighMax CFLs, which operate on the 120-volt electrical system with instant-on technology, have a shortened MOL to fit many common fixtures and are offered with an E26 base and a 2700K-color temperature. With a color rendering index of 84, the 80-watt lamps deliver 5500 lumens and an efficacy of 68 lumens per watt.

“The reaction to the new lamping has been very positive from our members,” continued Mr. Harrison. “The increased amount of lighting has transformed our sanctuary into a bright, warm and welcoming worship space.”

RAB Lighting Is Chosen Supplier of the Year

Be the first to comment on "First United Methodist Church, Green Bay, Wis."