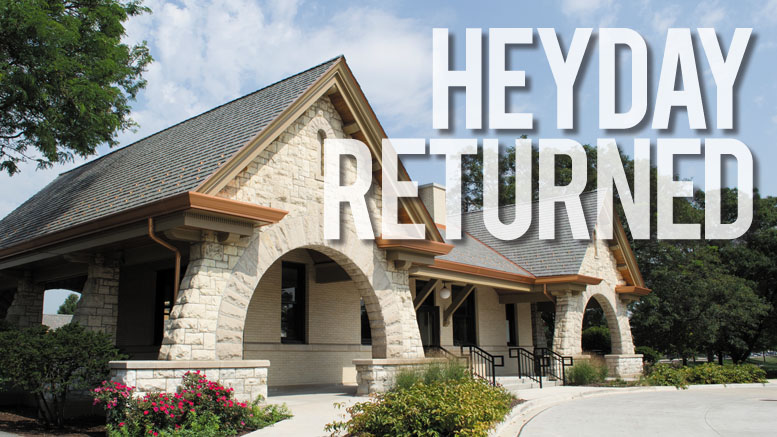 During the last few decades, the nation has witnessed an ironic phenomenon when it comes to train stations. Communities bulldoze historically significant stations, then build new ones that look old. Despite the initial excitement that a new station brings, something gets lost when a beautiful station with a rich history is demolished. 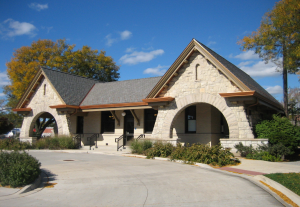 The Village of La Grange kicked off a restoration effort that would unite village leaders, legislators, railroad partners and community organizations.

The Village of La Grange, just 15 miles southwest of downtown Chicago, has bucked this trend with its two stations, built in 1901 and 1916. The older structure, the Stone Avenue Train Station, is a much-beloved architectural gem that exemplifies the Classical and Richardsonian Romanesque styles and symbolizes the village’s connection to rail. For more than a century, the station’s twin arches and rustic materials have impressed residents and visitors alike.

La Grange Village President Tom Livingston, whose father caught the train at the station for 40 years, called it “a real workhorse.”

In 2005, the Village of La Grange kicked off a restoration effort that would unite village leaders, legislators, railroad partners and community organizations. Eventually, the village secured grants through the West Suburban Mass Transit District and U.S. Rep. Dan Lipinski, D.-Ill., then brought Chicago-based Legat Architects into the fold.

Marc Rohde, Legat’s director of governmental architecture, says, “The challenge was to revive some of the station’s historic details and return it to its former glory without overspending.”

A decade after rehabilitation discussions began, stakeholders gathered on a bright October morning to celebrate the completed project. Embedded in the restored station and its parklike surroundings was the input of community organizations, ranging from the La Grange Garden Club and the La Grange Area Historical Society to the Design Review Commission.

The work included tuckpointing (repair of the limestone mortar joints), new wood trim, new gutters and downspouts, new lighting and a new roof, as well as a refresh of the interior.

Andrea Barnish, chairman of the Design Review Commission, adds, “Everyone keeps saying how beautiful it is. It’s nice to see it was restored and not replaced.” 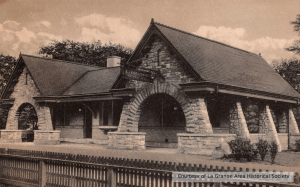 Working with the La Grange Area Historical Society, the village located plans, postcards and photographs of the original station to assist with the renovation design.

One of the key challenges of the project was finding historic documentation of the station.

The documents inspired the selection of new lighting fixtures with brass stems that are more historically appropriate. Additionally, old photographs enabled the team to commission a custom-designed re-creation of the original carved wood and metal sign. The sign now hangs on the platform side.

Another obstacle was dealing with the budget limitations of the grant-funded project, along with modern-day pricing.

“We had to strike a careful balance between adhering to the budget and creating an authentic feel that was period-correct,” Rohde notes.