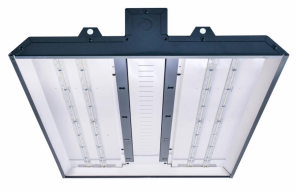 This launch also introduces a new, modular lighting platform with hundreds of options that plug and play with standard electrical connections. The fixtures are upgradeable and interchangeable, allowing maintenance crews to meet changing light distribution requirements, such as moving from an open area to aisle lighting, or from high bay to low bay or even retail applications by adding a lens. By simply turning off the power to the luminaire, internal teams can use quick attachments to easily switch out the light engine panels.

In 2001, the company’s original industrial fixtures earned numerous patents, awards and the trust of thousands of facilities, including almost half of the Fortune 500, for its fast payback. Today, a typical facility installing the ISON LED High Bay would save more than $100,000 a year, and more than $1.15 million in the next decade over the legacy, inefficient lighting found in the majority of industrial applications.

Lights Are Certified As Wildlife Friendly