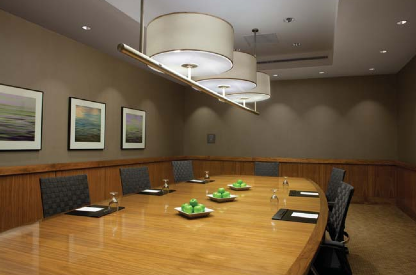 The Westin Boston Waterfront is realizing a roughly 80 percent reduction in energy consumption from lighting, saving over 400,000 kWh each year. 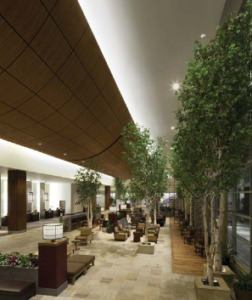 In 2010, Starwood Hotels and Resorts Worldwide Inc. announced its “30/20/20 Plan,” a commitment to conservation and sustainable operations that involves significantly reducing energy and water consumption at all of the company’s hotels within the decade. Specifically, the plan sets the goal for Starwood properties to reduce energy consumption by 30 percent and water consumption by 20 percent per available room by the year 2020.

In Boston’s beautiful waterfront district, Starwood’s Westin Boston Waterfront hotel was eager to get started on these new initiatives, which aligned well with the property’s individual green goals and standards. Of course, achieving these goals could not compromise the hotel’s superior level of service excellence, which includes the quality of Westin signature products and amenities. When The Westin Boston Waterfront’s lighting systems were discussed as a possible avenue to reduce energy consumption, the hotel turned to locally headquartered OSRAM SYLVANIA, for an energy-efficient, high-quality lighting solution that would help the Westin and Starwood achieve their energy-reduction goals.

The hotel’s previous lighting consisted of a mix of incandescent and halogen lamps, illuminating everything from the function space to the public areas and all of the guest rooms. To maintain a warm, welcoming environment while slashing energy usage, SYLVANIA recommended replacing the incandescent and halogen lamps with SYLVANIA ULTRA LED PAR and MR16 lamps—more efficient LED bulbs, capable of giving off the same warm illumination as traditional light sources. 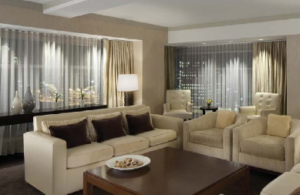 The old incandescent lamps used as down lights and accent lighting in the hotel’s public areas, pool and restaurant consumed 75 and 50 watts of energy for the PAR38 and PAR20 sizes, respectively. The OSRAM SYLVANIA ULTRA LED PAR38 and PAR20 lamps that replaced all 1,350 of these incandescent lamps use only 18 and 8 watts of energy, respectively. Also, the hotel’s 522 halogen 35W MR16 lamps, used in accent lighting for the lobby, retail space, meeting rooms and guest rooms, were replaced with OSRAM SYLVANIA LED MR16 lamps using only 6 watts each.

As a result of a simple lamp replacement, The Westin Boston Waterfront is realizing a roughly 80 percent reduction in energy consumption from lighting, saving over 400,000 kWh each year. This incredible reduction will save the hotel approximately $48,000 per year in electricity costs from lighting alone.

In addition, the hotel will also save nearly $6,000 per year in maintenance costs because of the long lamp life of the LEDs, in some cases up to 25 times longer than the traditional lamps used in the hotel, reducing labor costs associated with lamp replacement. 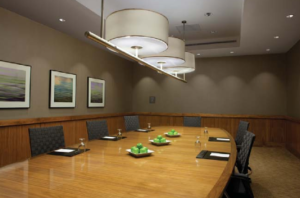 The Westin Boston Waterfront is realizing a roughly 80 percent reduction in energy consumption from lighting, saving over 400,000 kWh each year.

The SYLVANIA ULTRA High Performance LED PAR and MR16 lamps are energy-saving replacements for incandescent, halogen and CFL lamps. With a rated lamp life of up to 50,000 hours for the PAR lamps and 35,000 hours for the MR16 at 70 percent lumen maintenance, the lamps offer years of service and reduced maintenance costs. SYLVANIA LED lamps are RoHS-compliant and contain no mercury, lead or other hazardous materials. The 2700K color temperature and excellent color rendering makes them suitable replacements for incandescent lamps by providing similar color appearance. They emit no UV or IR radiation that can cause fading and discoloration of fabric or artwork.