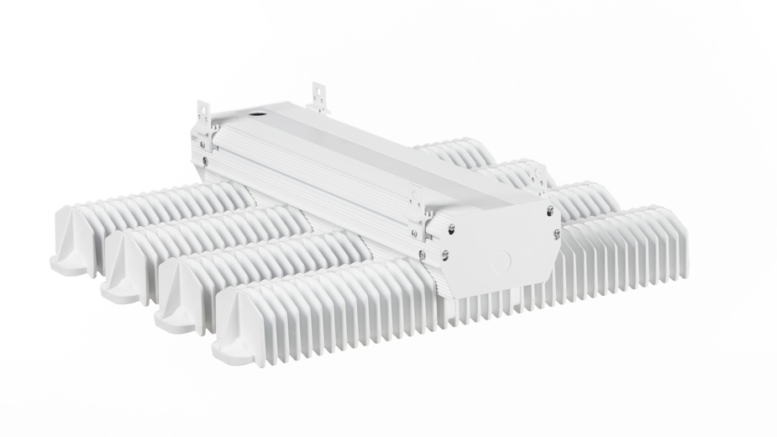 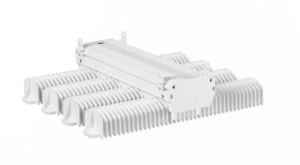 The ABHX-Series LED lighting fixture, a product of GE Lighting’s recent acquisition of Albeo Technologies, can replace a range of legacy high bay lighting systems—250-watt to 1500-watt high-intensity discharge (HID) and four- to eight-lamp T5/T8 high-intensity fluorescent lighting, which burn out after 20,000-30,000 hours, creating a total failure of the lighting mechanism.

Because LEDs dim over time, lifetimes are based on the number of hours the fixtures produce at least 70 percent of the initial light output, referred to as L70. The Albeo ABHX-Series’ life is rated for 100,000 hours at L70, significantly diminishing maintenance needs in areas that are difficult to reach and where swapping bulbs often requires special equipment and trained personnel.

Yielding even greater energy efficiency, the ABHX-Series has improved electronics and offers more lumens from fewer modules compared to the original H-Series, which was the first one-for-one LED replacement for 1000-watt metal-halide systems. Additionally, it offers precise illumination, which is often needed to locate materials and pack boxes in storage and warehouse settings. The light can be matched with motion, daylight and wireless controls for even greater energy savings.