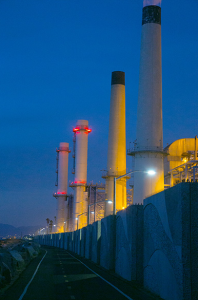 LEDs mitigated light pollution about which neighbors were complaining.

When the NRG power plant in El Segundo, Calif., was redesigned, two towers were demolished which caused extensive light from the plant to bother local neighbors. In an effort to get rid of this light pollution and update old, lighting fixtures at the same time, NRG turned to LEDtronics Inc. for assistance.

“We faced an unexpected challenge when a large amount of new light was pouring into the homes of local residents after our demolition process,” states Jason Luehsenhop, Morrow-Meadows Corp. senior project manager for the electrical contractor. “LEDtronics supplied us with street lights that reduced the light pollution immediately. In addition, we reduced energy consumption when our old lights that consumed 300 watts were replaced with energy-efficient LEDs using only 82 watts.” 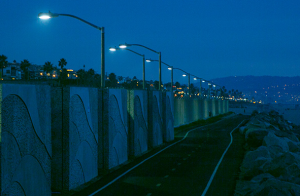 “An estimated 30 percent of outdoor light generated in the U.S. goes into space, flooding the skies and creating electric haze that reduces stargazing,” states Mark Jarel, LEDtronics’ Street and Outdoor Lighting Products sales manager. “LED streetlights shine light in the direction where it is needed, at ground level, reducing the amount of light that is lost to the sky and improving overall nighttime viewing, making them dark-sky friendly.”

With low power usage of only 82 watts, these solid-state LED lights: 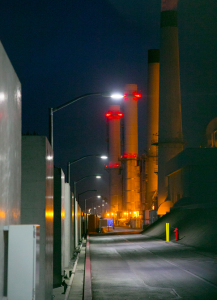 The new fixtures have helped NRG reduce energy consumption by more than 72 percent.

More than 58 LED Cobrahead Street light fixtures were installed on the perimeter of the NRG facility, and more will be added as the ongoing redesign continues. So far, the new fixtures have helped NRG reduce energy consumption by more than 72 percent. “By updating their old street lights with long life, energy-saving LED Street Lights, we are helping NRG significantly reduce energy consumption, maintenance costs and light pollution while increasing sustainability and providing a safe and attractive facility for workers and the local community,” Jarel adds.

Be the first to comment on "LEDs Save Energy, Mitigate Light Pollution"