For example, the success of Emagine, a new movie theater and entertainment development project in the metro Detroit area, hung squarely on the economic-development incentives associated with achieving LEED certification. The property where the theater was being constructed contained a vacant building and had been underutilized for many years—not exactly the best income generator in terms of tax revenue for the city. 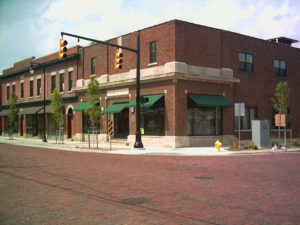 The Bazzani Associates Headquarters became the first LEED-NC Certified project inside the city of Grand Rapids, Mich., and was a catalyst for retrofitting buildings along a street that had been known for gang and drug activity.

Fast-forward one year, and the theater is operational and generating significant amounts of revenue in terms of tax dollars for the state and municipality. In addition, the theater has been the catalyst for other positive change in the immediate area. Was it worth the investment of public money to encourage this type of development that spurred other real-estate-development projects? I think it was. This project could have achieved fewer incentives without having earned a LEED certification. However, the developer understood that building a high-performance energy-efficient building was in his best interest and chose to rise to that level. The development now is hailed as a centerpiece for its small town.

Not only can individual buildings be revitalized with economic-development incentives, but entire districts also can take advantage. Consider the Wealthy Theatre historic district in Grand Rapids, Mich. In the early 2000s, Wealthy Street was a haven for drug and gang traffic. Two projects, the Bazzani Associates Headquarters and the Wealthy Theatre (at opposite ends of the historic district) sparked the notion to completely transform the district. In less than 10 years—a miniscule amount of time by urban-planning standards—the area has become one of the most vibrant in the city.

The Bazzani Associates Headquarters project became the first LEED-NC Certified project inside the city of Grand Rapids. None of this would have been possible without economic-development incentives geared toward encouraging sustainable development and taking risks to transform distressed areas. 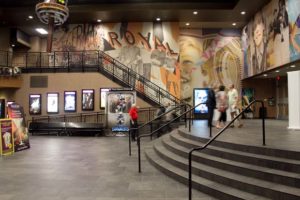 The success of Emagine, a new movie theater and entertainment development project in the metro Detroit area, hung squarely on the economic-development incentives associated with achieving LEED certification.

The economy has not yet recovered enough to see significant value differences for green buildings. However, there are other attributes LEED-certified buildings provide. I’ve personally witnessed higher tenant satisfaction and longer lease retention. When a prospective tenant has a choice between two relatively equal spaces, he or she often chooses one that has energy-efficiency and sustainability characteristics. A happy tenant with a long lease is an extremely valuable asset to a developer. There are many intangible benefits of LEED that have only recently been studied, including higher productivity from building occupants and higher retail sales because of attributes, like daylighting. Of course, these features will remain difficult to quantify until further study is conducted.

Sometimes it’s easy to criticize when you’re not the one taking the risk to be a real-estate developer to create the places where people live, work and play. Economic-development incentives, whether they are tied to a LEED certification or not, encourage real-estate developers to take risks and continue to turn vacant and blighted areas into vibrant communities. Rebuilding communities creates jobs for construction workers and a new tax base for municipalities, which is a win-win situation.

What do you think? Share your thoughts about LEED and economic-development incentives below.

Be the first to comment on "LEED and Economic Development"