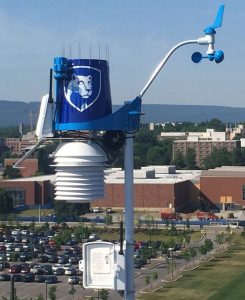 The Professional Lightning Assistant is a lightning detection system that notifies users when lightning occurs within an identified perimeter.

WeatherSTEM has introduced the Professional Lightning Assistant (PLA) designed to alert schools, universities, emergency medical services and other organizations with safety concerns of potentially dangerous weather conditions. The PLA is a lightning detection system that integrates lightning data from The Weather Company, an IBM business, to notify users when lightning occurs within an identified perimeter.

The system has been piloted by several schools and universities, including Monroe County, Fla. Monroe County, like other parts of Florida, experiences a higher amount of lightning than other regions in the United States.

Messages from the PLA system can be sent to mobile devices and email accounts, as well as industrial equipment. Additionally, alerts can also communicate when the lightning threat has passed.