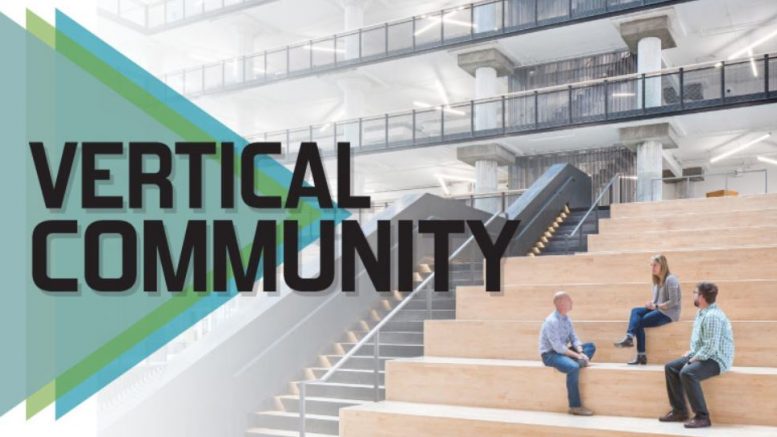 Crosstown Concourse is the largest adaptive reuse project in the nation to earn a top-level Platinum LEED rating from the U.S. Green Building Council, Washington, D.C.

When the Sears, Roebuck & Company’s distribution center and retail store opened in Memphis’ Crosstown district in 1927, it was an instant attraction, welcoming nearly 30,000 shoppers on its first day of business. Besides its 53,000 square feet of retail, as a national distribution hub the facility also processed 45,000 Sears catalog orders each day. And the facility only got bigger: From 1927 to 1965, five different additions expanded its capacity to a whopping 1.5 million square feet.

“Anyone who lived in the city from the ’20s until the late ’60s or the ’80s, they have some story,” recalls Brett Grinder, a vice president for Memphis general contractor Grinder, Taber & Grinder Inc., which was integral in the project’s rebirth. “As a kid, I remember the peanuts you could smell cooking. I got my first bicycle there.”

By 1993, however, with its catalog business in decline and preferring to focus retail efforts in suburban malls, Sears closed the center. It remained vacant for 20 years. “For so long it was this sort of dark, hulking building on a major thoroughfare on the way to downtown,” Grinder says. Local developers seemed intimidated by the scale of the building and the potential cost of a restoration.

Perhaps that’s why the building’s rebirth as the rebranded Crosstown Commons was instigated not by traditional developers but by a University of Memphis art history professor, Todd Richardson, and artist Christopher Minor.

“You had an academic and an artist leading a feasibility study on a 1.5-million-square-foot building in the middle of the recession. Clearly this is not going to work,” Richardson says today with a chuckle. “We gave ourselves a 2 percent chance of success, so we decided we were going to have a good time doing it.” 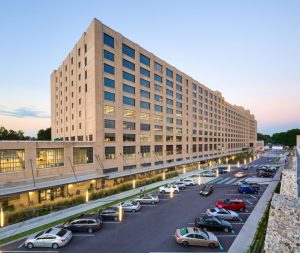 Richardson and Minor were inspired by the old Sears building’s Art Deco architecture; Crosstown Concourse is one of several former Sears buildings around the nation designed by Chicago architect George Nimmons that have been repurposed, such as the Midtown Exchange in Minneapolis, the Ponce City Market in Atlanta and the Landmark Center in Boston. The pair also was inspired by the building’s role in the city’s history. “Memphis is America’s distribution center with FedEx and the Mississippi River,” Richardson adds. “This building had a lot to do with defining that identity.”

As its name indicates, the building has always sat at a crossroads with the historic Evergreen neighborhood to the east, the poorer North Memphis to the northwest and the burgeoning Medical District to the southwest. Richardson and Minor believed the former distribution center had enough scale to create what they refer to as a vertical community that mixed a variety of uses—from corporate offices and medical facilities to a school, restaurants and retail establishments. “That was really the vision: this vertical urban village on 10 floors,” Richardson says. “We weren’t going to take a typical development approach that said, ‘Let’s try to recruit a 400- or 500-square-foot anchor tenant, some residential [spaces] and be done with it.’ We wanted to look at the opportunity to create a whole new neighborhood.”

For all the challenges of rehabbing a 90-year-old building that sat empty for two decades, Richardson believes the biggest challenge “was believability: that the largest community building in the state of Tennessee could be redeveloped in the middle of the recession. It’s a healthy skepticism. Why should anyone invest their money or support a project they couldn’t get off the ground?” But by 2013, these neophyte developers had eight founding tenants committed. “That’s when everything got real,” he adds. Construction began shortly thereafter in 2015.