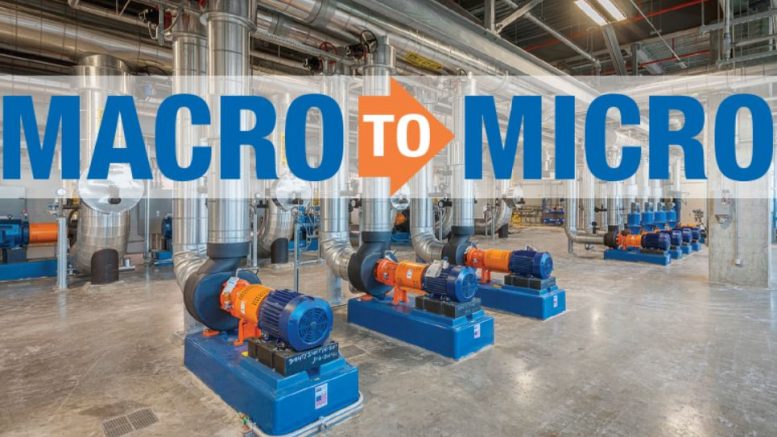 In a 2016 episode of NPR’s “Fresh Air”, Gretchen Bakke, author of The Grid, characterized America’s electrical infrastructure as increasingly unstable, underfunded and incapable of taking us into a new energy future. As the need to reduce electricity costs and CO2 emissions increases along with improving the resilience and reliability of electricity, microgrids have emerged as “a flexible architecture for deploying distributed energy resources that can meet the wide-ranging needs of different communities from metropolitan New York to rural India,” according to Science-Direct, a source for scientific, technical and medical research.

The National Renewable Energy Laboratory, Golden, Colo., suggests microgrids are gaining in popularity because of their adaptability and flexible expandability that make them ideal alternatives to the traditional grid—and utility companies are taking note. In fact, the Washington, D.C.- based Edison Electric Institute (EEI), which represents all U.S. investor-owned electric companies, reports electric companies are active partners in microgrid deployment and are involved in 42 percent of the projects in the U.S., almost quadrupling since 2014. Additionally, the total installed U.S. microgrid capacity has almost tripled in the past five years, according to EEI.

Although the concept of microgrids isn’t new (the military has been using them in forward positions for years), their implementation in commercial building applications is starting to gain traction. However, these are not simple plug-and-play solutions, and they aren’t for everyone. Microgrids require significant resources to build and operate, and the payback timeframe is lengthy. But for those with larger real-estate portfolios with co-located buildings that demand clean, reliable and resilient energy sources, this is a trend worth watching—and here’s why:

The market is ripe for change as it relates to electric consumption. From technological innovation, economic factors and environmental concerns, large-scale building projects today are well-positioned to make the switch from relying solely on the traditional grid to localized sources of power, like microgrids.

“With today’s demand for electricity, coupled with new technologies and innovation, we need a marketplace for buying power with more options,” says Ishaq Sulthan, technical manager for Washington-based GBCI, which oversees PEER, a program that certifies power systems (learn more in “PEER: Certifying the Grid”, page 73). “Electricity is no longer flowing in one direction. It’s sort of going in both directions now, and buildings can be designed to generate their electricity and also to store it so when they have excess power, they can feed it back to the grid. Buildings are getting smarter.”

Rodney Oathout, P.E., CEM, global energy services leader and principal of architecture and engineering firm DLR Group, Overland Park, Kan., identifies energy resiliency, economic and environmental concerns as being the top three drivers for the trend toward microgrids. “There are certainly countries throughout the world where the grid is not stable, and microgrids are finding applications in those areas,” he explains, adding there are remote places in the U.S., such as Hawaii and Alaska, where the same holds true.

Of course, energy prices are a major factor, as well, he says. “The cost of natural gas, for instance, that drives a lot of the onsite power production is drastically cheaper than the cost of electricity you could buy off the grid. The economics of that equation are driving the development of microgrids,” Oathout observes.

The need for more localized energy storage and growing renewable content in the energy mix are additional drivers of the trend, according to Gideon Susman, LEED AP BD+C, associate at BuroHappold Engineering, Los Angeles. “I think we’re starting to see incentivization of energy- storage installations on a local level, which would support a microgrid. Community choice aggregation may have played a part, as certainly resilience plays a part, as well,” he adds.

Anatomy of a Microgrid

By way of definition, the Washington-based U.S. Department of Energy defines a microgrid as “a group of interconnected loads and distributed energy resources within clearly defined electrical boundaries that act as a single controllable entity with respect to the grid. A microgrid can connect and disconnect from the grid to enable it to operate in both grid-connected or island mode.”

Basically, a microgrid allows a building owner to choose from a suite of energy sources most often co-located onsite with the option to draw from the utility grid. For example, fuel cells, diesel generators, microturbines, photovoltaics (PV), storage systems (batteries) and fossil fuel-based products might be part of a central generating plant to provide energy to a series of nearby buildings (see the illustration below).

At the heart of the microgrid is a control system that allows building owners to manage these various sources of electricity, Oathout says. “Part of the conversation is the ability to control your energy load, so the control system is not only managing these power-generating resources, but it’s also managing the power-using resources.” He notes if the microgrid isn’t large enough to supply all the power to a campus, it can still borrow power from the utility grid as needed.

Susman says in areas like southern California, PV arrays and storage systems are an obvious choice for setting up a microgrid. “You’d be generating power; you’d be storing it when you don’t need to use it; you’d be releasing that stored power when you do need to use it; and everything would be managed within that microgrid. It functions as a miniature grid that can be completely disconnected from the main grid,” Susman explains.