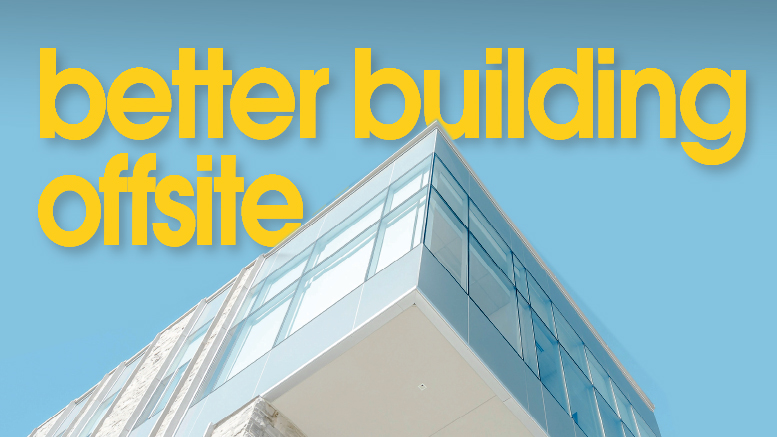 When most people hear the word “modular” with respect to buildings, they often mistakenly picture cheaply built mobile homes sitting atop flatbed trucks cruising down the highway. In other words, modular is regarded as somewhat of a four-letter word. 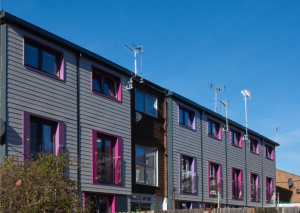 AFTER: Prefabricated wall panels installed on an existing multifamily building were designed to make the building energy-efficient, warm and desirable to tenants.

But modular construction practices aren’t equivalent to manufactured homes, and the industry in North America is finally waking up to the fact.

“We’re starting to see it trickle down, and I think we’re finally changing the ‘M’ word,” says Ken Semler, president and CEO of offsite construction company Express Modular, Martinsburg, W.Va. “That’s the problem with modular—everybody’s confused it with mobile or manufactured for a lot of years, and I think the internet’s kind of been our best friend. People are doing the research and finding out we’re not what they thought we were.”

So, if it’s not mobile homes, what is it?

According to the Modular Building Institute (MBI), Charlottesville, Va., though PMC has been flourishing for a decade or more in Europe, it still is an emerging market in North America. However, a 2011 Sage report described PMC as “the stealth division of the nation’s construction industry.” At that time, PMC accounted for roughly $2 billion in annual revenues in the U.S. and Canada. “The industry has since emerged from the shadows,” an MBI white paper suggests. To be sure, PMC firms earned roughly $3.3 billion in gross revenues in 2016—a 61.8 percent increase from 2015.

Given the growth and prevalence of this trend, what does modular offer over traditional construction practices, and what are the opportunities for existing building retrofits? Read on.

“You can’t go to a construction conference, meeting, seminar, webinar and not hear about labor shortage, and so that’s been the biggest driver [for modular construction],” Semler explains.

Tom Hardiman, MBI’s executive director, agrees, noting after the recession, many construction workers left the industry and didn’t return. Further, he says the labor situation “is not getting any better—it’s getting worse.” Hardiman predicts when many of these 50- and 60-year-old workers retire, “we’re going to feel the pain when there’s no labor left to build these [buildings]. That day is coming,” he warns. 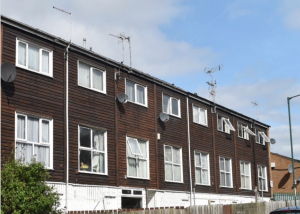 BEFORE: This multifamily building is about to have prefabricated wall panels installed to make the building energy-efficient, warm and desirable to tenants.

When it does, it will be far more difficult to address the problems with traditional construction practices, which have scarcely changed since the late 1800s and early 1900s, according to Steven Bolos, president of Renovations for technology-driven offsite construction company Katerra, Menlo Park, Calif. Bolos suggests a historical photo of a construction worker putting nails into a wall and one from a construction site today look strikingly similar because the industry is lagging behind the times. “It hasn’t changed,” he says. But with respect to modular construction, he notes, “This is a true evolution of change in the construction industry, of which a lot of the other parts of the world have already been there.”

Hardiman echoes those comments, suggesting the industry is among the last to stick to its old ways of doing things. “Technology has advanced and driven virtually every other industry, and we’re still clinging to [the practice of] shipping materials to the site and get a bunch of guys with a bunch of hammers and put it together—and it’s not going to work,” he says. Hardiman points out the U.S. is nearly a decade behind other developed countries that have embraced modular construction, “and we’re still making up excuses as to why we don’t want to go down this path.”

Ferguson Partners with RocketSpace to Reimagine the Future of Building Development