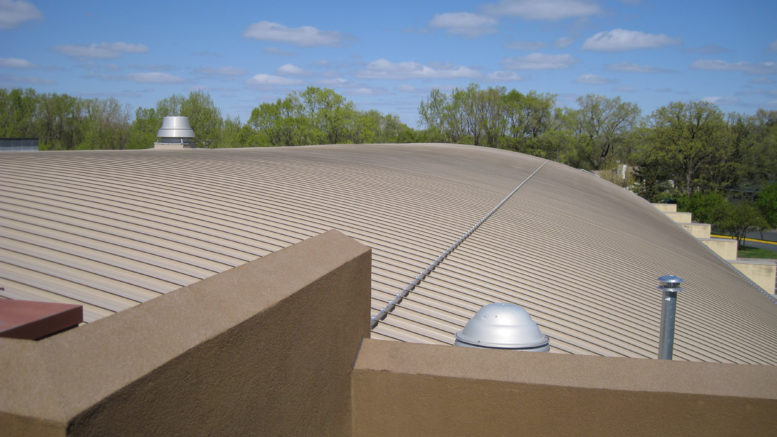 About 36,000 square feet of R-Mer Span structural standing-seam panels were installed on the roof. The panels are engineered to provide the industry’s highest wind uplift rating and are designed to withstand 50 pounds of snow per square foot—critically important for a facility located in an area that on average receives 50 inches of snow every winter.

The 24-gauge, 16-inch-wide, 150-foot Galfan-coated metal panels were rollformed and curved onsite to create continuous panels that fit seamlessly onto the barrel roof. The ice arena’s original roof system was removed and additional polyisocyanurate insulation was installed to achieve an R-value of approximately 40, helping to maximize the energy efficiency of the facility. An ice and water shield underlayment was then installed over the insulation. Bearing plates were secured to the arena’s wooden deck and the metal panels were attached to one-piece clips, eliminating the need for exposed fasteners and allowing for thermal movement. As an additional measure of protection, metal edge fascia and soffits were installed around the entire perimeter of the facility. A high-performance snow retention system that meets the severe requirements of the harshest of snow loading was installed on the roof.

Like many community ice arenas across the country, the New Hope Ice Arena needed some major renovations. The facility, built in the 1970s during a nationwide boom in the construction of community ice arenas, still had its original ice rink. In addition to installing a new rink, the city wanted to improve the efficiency of the building by replacing its current Freon-based refrigeration system with a more energy-conscious ammonia-based system. Also, the facility’s single-ply EPDM roof was more than 25 years old and had been deteriorating for several years because of various puncture holes, severe UV damage, fastener back out, and wet insulation. Snow and ice had also damaged the roof considerably. Replacing the damaged single-ply roof with a watertight, energy-efficient solution was a critical step in the renovation process. Without a properly performing roof, any upgrades to the building’s refrigeration system would not be effective. Additionally, the leaky roof increased the risk of damage to a newly installed ice rink. Based on the performance objectives of the project, a standing-seam metal system was installed to replace the facility’s existing roof and provide a long-term, watertight solution.

All improvements to the ice arena, including the installation of the standing-seam metal roof system, are expected to save the city about 30 percent annually in energy costs. 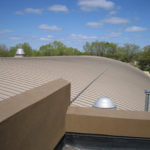 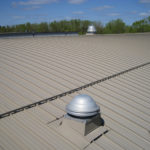 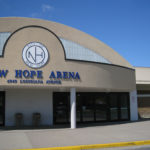 Be the first to comment on "New Hope Ice Arena, New Hope, Minn."