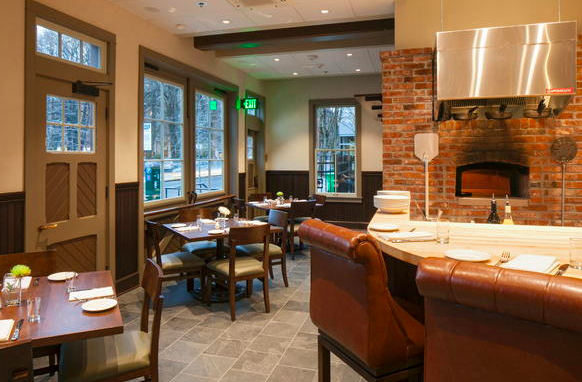 When William Ladd arrived in Portland, Ore., in 1851, the newly incorporated city was mostly a trading post populated by a scant 820 people. Ladd came from New Hampshire—after a brief stop in San Francisco where he acquired a small liquor consignment—and opened up shop. He soon added eggs and local produce to his offerings, and his business acumen and holdings grew. As Ladd became a wealthy entrepreneur and early political figure, he bought land for his house, gardens and a carriage house for his horses in what now is downtown Portland. 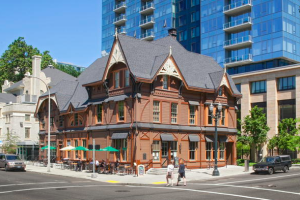 Built in 1883, the Ladd Carriage House remains one of a handful of original structures to survive downtown Portland, Ore., development over time.

Built in 1883, the Ladd Carriage House remains one of a handful of original structures to survive downtown development over time. During the past 131 years, the 7,061-square-foot carriage house eventually made its way onto the National Register of Historic Places. Now, the building welcomes the public into the Raven & Rose restaurant and The Rookery Bar, where Owner Lisa Mygrant makes clear connections to Ladd’s life, the building’s era and nature. The project received Gold certification under LEED for Retail Commercial Interiors, which is overseen by the Washington, D.C.-based U.S. Green Building Council.

According to Natalia Toral, Raven & Rose restaurant event and office manager, the owner was raised to live in harmony with the environment and LEED was a good fit for that. “Rather than approach the project trying to figure out how to get points, she wanted to design for the smallest footprint we could in order to have a lasting impact,” Toral recalls.

The Ladd family sold the carriage house in 1926 and the structure was remodeled into mercantile space and offices. In 1969, a fire damaged the north elevation, which underwent repairs. The entire block was sold to First Christian Church in the 1970s and the carriage house became home to a law firm before being listed on the National Register of Historic Places in 1980. Less than 10 years ago, however, plans for a new 23-story residential tower and underground parking garage on the block threatened the carriage house’s existence. 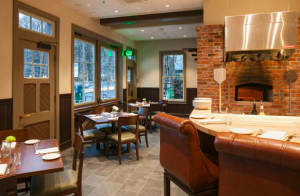 In 2007, a clever solution temporarily moved the 360-ton building a few blocks away during construction and returned it in 2008. A preservationist group restored the carriage house using a smattering of available historical photos. It was re-listed on the National Register of Historic Places in 2010 and Mygrant’s family purchased the building the following year.

Designed in the late-19th-century English Stick style, the restored Ladd Carriage House was basically a shell with no pipes, ductwork or wiring when Mygrant considered it for her restaurant. “People are attracted to the space and so inquisitive about the building, and Lisa worked to make the interior complement the historic exterior,” Toral explains. “As a result, there are so many things at Raven & Rose that speak to the historic influences both in the space and our operations.”