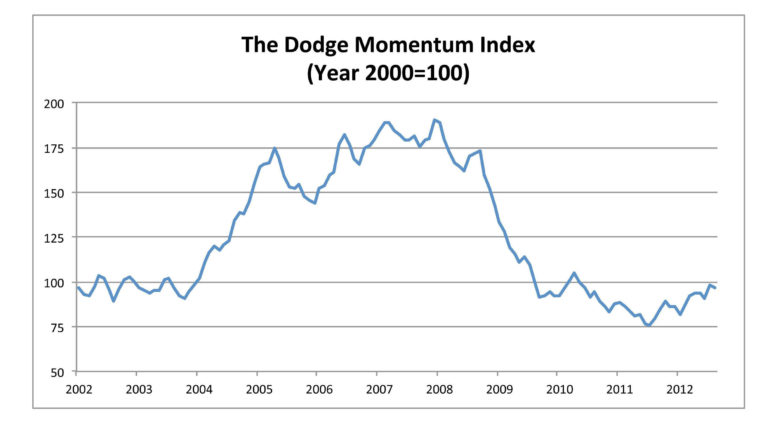 The Dodge Momentum Index retreated 1.4 percent in August compared to July, according to McGraw-Hill Construction, a division of The McGraw-Hill Cos. The Momentum Index is a monthly measure of the first (or initial) report for nonresidential building projects in planning, which have been shown to lead construction spending for nonresidential buildings by a full year. The August Momentum Index came in at 96.8 (2000=100), down from July’s revised 98.1. Despite the month’s pullback, the index remains 21.4 percent ahead of its level a year earlier. The recent softening in the U.S. economy may be causing some deceleration in plans for future development.

This is particularly true for the commercial component of the index, which dropped 3.5 percent in August. By contrast, the institutional building segment of the Momentum Index inched up 1 percent during the month. Both components are well ahead of their year-earlier levels. In August, the institutional building segment was buoyed by two large projects entering the planning database: the $500 million MGM Resort Casino proposed for Springfield, Mass., and the $200 million Milford Memorial Hospital proposed for Milford, Del. On the commercial side, August saw the addition of Apple Computer’s $250 million planned expansion of its Prineville, Ore., office park.

Be the first to comment on "Nonresidential Construction Slips in August"