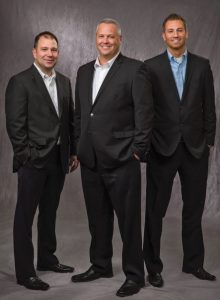 Noritz America has announced the promotion of company veteran Jay Hassel from his current post as vice president of sales and marketing to president and chief operating officer.

Hassel thus becomes the first American to serve as president for Noritz’s North American subsidiary. He succeeds Hisashi Uryu, who retains the title of chief executive officer while also returning to the parent company in Japan to serve as an officer for Noritz Corp., based in Kobe, Japan.

“Having a past president with such an important role in the parent company will help our subsidiary and the American market maintain their relevance within the global Noritz organization,” says Hassel.

In the wake of these changes, Noritz America has announced two other management promotions:
Sr. Marketing and Customer Care Manager Jason Fleming now becomes the new vice president of sales and marketing, reporting to Hassel.

National Account Manager Jason Corey has been promoted to the new position of national sales manager, reporting to Fleming.

Now in his 23rd year in the plumbing industry, Hassel began with Fluidmaster Inc. (San Juan Capistrano, Calif.), where he spent a decade in various sales positions, rising to national sales manager in 2003. He has worked at Noritz for 12 years, again in various territory, regional and national sales positions, before being promoted to vice president in September 2010. Hassel resides in Orange County, Calif., with his wife and three children.

Fleming and Corey are also seasoned professionals in the plumbing and hardware fields, each with more than two decades of experience, including a decade or more with Noritz.

Fleming began as a manufacturers representative in the Pacific Northwest, serving five years before moving to Fluidmaster for five years — first as a regional manager and later as head of the Hardware Wholesale Division. Joining Noritz in 2004, Fleming worked in field sales management for seven years before becoming marketing manager in 2013. He was promoted to Sr. marketing and customer care manager in 2015. Fleming lives with his wife and two sons in Huntington Beach, Calif.

After stints with another manufacturer in the plumbing and hardware business, Corey joined Noritz in 2006, working in a variety of sales-management positions before becoming national account manager in 2015. Corey lives in north-suburban Chicago with his wife and son.

Notes Fleming, “In this new role, I am looking to work closely with Jason and the rest of our sales team to create a renewed sense of excitement and energy. We have a strong sales group and high expectations for our product line and the water heater market in 2017.”

Be the first to comment on "Noritz Names President, Chief Operating Officer"