The percent of windows to wall area also has significant impact on a building’s energy use. Use low U-factor fenestration and window frames. (U-factor indicates the rate of heat loss of a window assembly. The lower the U-factor, the greater a window’s resistance to heat flow and the better its insulating properties.) 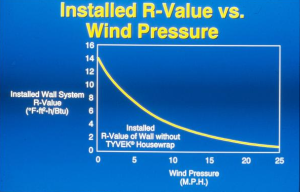 Figure 1: Wind washing can have a dramatic effect on insulation performance, illustrating the need for a
continuous air barrier.

2.] To reduce heat flow by convection, or air movement in and out of the enclosure caused by air leakage, an effective air barrier system and air sealing must be applied. Convection losses through the insulation are substantial. Insulation works by its ability to trap air, but it often performs differently in the real world than in the manufacturer’s testing. Insulation R-values are evaluated under “guarded” hot-box conditions in which there is no air flowing through the insulation. In reality, pressure differentials in buildings cause air to flow through the insulation, significantly reducing its effective R-value. This phenomenon is called wind washing and can be greatly reduced with an air barrier and air sealing. Figure 1 shows the impact of wind washing on R value.

Spray foam insulation can solve many of these problems. In fact, the use of spray-foam insulation in construction has tripled during the last five years. Closed-cell spray foam has air barrier properties, high R-value and absorbs negligible amounts of moisture.

3.] To reduce heat transfer by radiation (in which electromagnetic waves transfer heat to an object), cool roof technologies, radiant barriers and low SHGC glass are vital.

4.] Commissioning the building, HVAC and related systems is critical to realizing modeled performance. Many a building has been built in which the systems were never made to operate as they were engineered.

5.] Building enclosure inspection and testing involves evaluating materials and workmanship as the job progresses—not waiting until the building is finished to discover problems when repairs are far more expensive and time-consuming. Also, if you don’t measure, you cannot know whether the system is performing as intended. Blower-door technology now is available that can measure the air leakage in commercial buildings.

Traditionally, we have put insulation between studs; now we’re learning that if you move some or all the insulation outboard the framing you achieve better performance because the insulation is more monolithic and greatly reduces thermal bridging. CI is applied to the exterior of a building and is intended to cover all exterior wall assemblies. Many energy codes, like the IECC and ASHRAE 90.1, require CI for steel-framed walls for nonresidential construction in Climate Zone 3 and above.

Steve Easley is principal of Steve Easley & Associates, Danville, Calif. He is an internationally recognized construction consultant, specializing in solving building-science related problems and educating building industry professionals and their trade partners. His mission is to create structures that are durable, energy efficient, healthy, and comfortable to live and work in.