You don’t hear about low-risk, high-reward investment opportunities every day. Consider building “retrocommissioning”. In 2010, Pike Research told readers that retrocommissioning had a 90 percent return on investment and predicted the market would grow from $160 million to $1 billion by 2014. But two years later the firm dropped its 2014 prediction to only $337 million. If the rewards of retrocommissioning outweigh the risk, we have to ask: Why isn’t the market investing?

Before answering that question, we need to acknowledge the confusing list of terms out there and understand the difference between commissioning, recommissioning and retrocommissioning.

According to the California Commissioning Collaborative, the term “commissioning” comes from the shipbuilding industry—a ship that has been commissioned must pass a number of tests to make sure all the equipment has been installed correctly, any problems are identified and the crew is properly trained. When it comes to buildings, the process is similar; however, there are several variants. Let’s dig in. 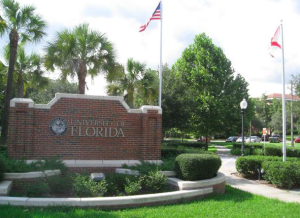 The University of Florida, Gainesville, implemented a comprehensive retrocommissioning plan that included service and training of university staff in an effort to optimize the operation of its existing buildings. As a result, the university saw a 22 percent return on its initial investment and an improved level of expertise for its Physical Plant Department personnel.

Commissioning
Commissioning is typically performed on new buildings. It is an extensive process of testing and quality assurance to ensure the new building initially operates as the building owner and design engineer intended.

Recommissioning
Recommissioning takes a building that has already been commissioned and puts it through the extensive commissioning process again. It is often undertaken because of changes in the building use or ownership. New building regulations, equipment failures and soaring energy costs can also trigger recommissioning efforts

The common thread between all of these is that they are one-time events. They attempt to identify and correct issues in the facility systems and operations, but deploying them can present challenges.

The process of recommissioning and retrocommissioning is primarily investigative. In other words, building owners/ managers do not know what the savings will be—if any—until they invest in an often intensive, time-consuming and expensive study. Then the study produces a list of recommendations that are often not implemented due to lack of resources and/or funding.

Attempts to justify the spending on recommendations from an engineering study can be difficult because of the nature of the recommendations themselves. Nearly 90 percent of commissioning measures are operations and controls issues or maintenance issues, according to “Building Commissioning: A Golden Opportunity for Reducing Energy Cost and Greenhouse Gas Emissions”, which was published by Lawrence Berkeley Laboratory, Berkeley, Calif. Operations and controls and maintenance issues are notoriously difficult to demonstrate cost and energy reductions.

Even when study recommendations are implemented, they often do not “stick.” A metastudy by Texas A&M University, College Station, about commissioning projects discovered that nearly every building that went through a recommissioning process had some issue with persistence, resulting in a 17 percent decrease in savings over time. In particular, control changes had the least persistence because they are so easy to undo.

Extend the Life of Parking Garage Decks with Routine Maintenance

ACG to Conduct CxA Workshop and Exam in Houston

ASHRAE Releases Guideline on Optimizing Operation of Systems and Facilities

Be the first to comment on "Proactive Maintenance: The Smart Alternative for Efficient Buildings"