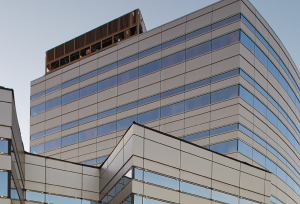 After years of planning, officials broke ground on the New Orleans East Hospital in January 2013. The $130 million project, which includes extensive renovation of the East Tower and construction of a new, 71,700-squarefoot Patient Care Pavilion, restores a full-service hospital to the area and stands as an important achievement for post-Katrina New Orleans.

To ensure the new building was hurricane-proof, the East Tower of the hospital was strengthened to withstand winds of more than
130 mph while primary electrical equipment and a new backup generator were elevated above base flood-elevation levels. Designers retrofitted the structural framing system and improved the roof to withstand the uplift forces associated with hurricane winds.

Armstrong Honored by CDRA for Ceiling and Flooring Recycling Programs

Be the first to comment on "Project Profiles: Health-care Facilities"