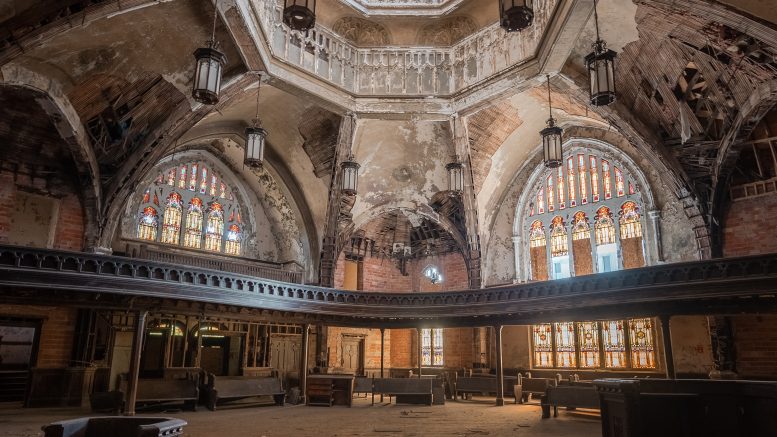 Completed in 1911, Woodward Avenue Presbyterian Church, Detroit, was designed by Cleveland-based architectural firm Badgley and Nicklas in a modern English Gothic style. Its tall octagonal lantern that rises from the center was a design characteristic for which Sidney Rose Badgley, a prominent church architect at the turn of the 20th century, was known. The interior is composed according to the Akron Plan in which an auditorium-like worship space is surrounded by offices and classrooms.

Over the years, the church lost many parishioners and eventually broke away from the Presbyterian church all together in the hopes that a new congregation could keep the beloved church building operating. When the new pastor died in 2005, the church was abandoned and quickly became the target of vandals.

According to an article in HistoricDetroit.org, a renovation that is financially viable “is going to be by faith.”

Cree Assists Detroit in Endeavor to Upgrade Streetlights to LED

Be the first to comment on "Renovation by Faith"