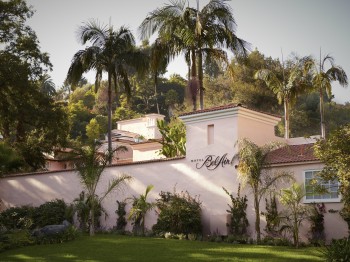 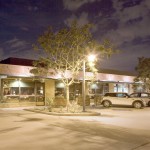 Many of the materials used were reclaimed, including the following:

The Windsor and Churn spaces celebrated their Grand Opening on April 25, 2012. They showcase the transformation of a mid-century, mini strip-mall building to an all-American restaurant, serving breakfast, lunch and dinner (Windsor) and a separate artisan ice cream house, featuring pastries and coffee (Churn).

The 3,000-square-foot building maintains the original footprint of the 1940s red-brick building, an unusual style for Phoenix. “The red brick was so old we had to use a baking soda process to get the paint off, which took about four months,” explains Lauren Bailey, partner with Upward Projects. Electrical and mechanical systems were upgraded and high-quality tenant-improvements were made for the new businesses. The addition of an exterior patio and courtyard spaces will allow for an unparalleled outdoor food and drink experience. The Windsor and Churn elegantly blend the local flavor of the neighborhood with the classic, rustic feel that existed during the structure’s original use.

“The Windsor and Churn are impressive examples of client ambition and collaboration, and our team is honored to have been part of it. Every space and each detail demonstrates a thoughtfulness that will continually reveal itself every day for years to come,” says Joe Herzog, principal of Shepley Bulfinch and principal architect for the project.