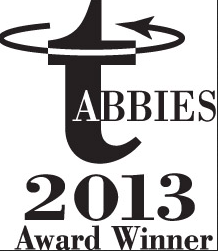 retrofit has been named a winner of a 2013 Tabbie Award. The awards program featured nearly 500 entries with nominations coming from Australia, Canada, Lebanon, New Zealand, Singapore, South Africa, the United Arab Emirates, United Kingdom and U.S. The magazine was recognized in the Top 25 of the Best Single Issue category, the competition’s most comprehensive category, for its September-October 2012 issue. The Best Single Issue category recognizes outstanding design and editorial in one entire issue.

The Tabbie Awards, which are annually conducted by Trade, Association Business Publications International (TABPI), are open to English-language b2b publications worldwide, published at least quarterly. This is the 10th year for the editorial and design competition, which also recognizes winners for feature design, cover design, editor’s column, feature articles, online articles, use of social media and more.

“We are very proud to have been honored by the Tabbie Awards judges,” says John Riester, retrofit‘s publisher. “This award is a testament to all the hard work our staff puts into the magazine. Our philosophy is to put out a superior publication each and every issue. We invest in quality paper stock and a healthy folio, seek thoughtful editorial and create beautiful designs to enhance the experience for our readers while educating them about retrofitting existing commercial, industrial and institutional buildings. This Tabbie assures us that our philosophy is spot-on and motivates us to continue to make retrofit the best magazine it can be.”

Complete results, along with selected comments from the judges and samples of the winning entries, are available on TABPI’s website.

Be the first to comment on "retrofit Wins 2013 Tabbie Award"