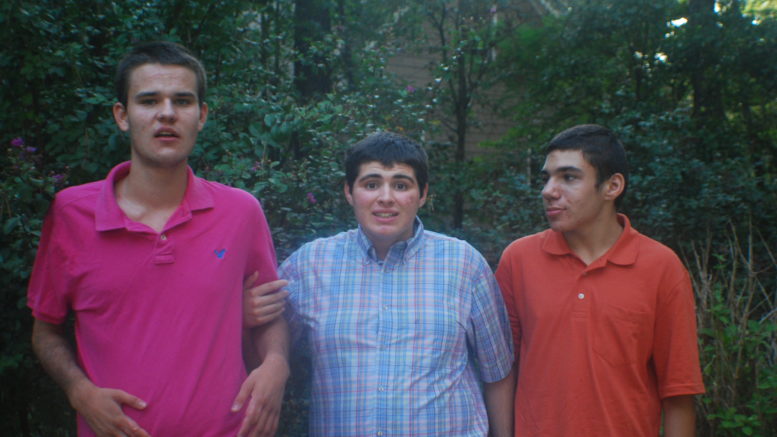 Sam Riester (left) and his friends, Jake and Robbie, enjoyed the recent golf tournament for their group home, Living with Autism, Cary, N.C.

I love happy accidents. As I spoke with the remarkable people who were behind this issue’s projects, I realized a theme was developing that I hadn’t planned: Nearly every article highlights a person or group of people who took a risk on a building or new idea to effect some major change in their surroundings and the design and construction industries.

For example, Jason Roberts just wanted to make his Dallas neighborhood a nicer place to live. With virtually no capital, Roberts turned a volunteer project into a nationwide program dedicated to making abandoned city blocks productive contributors to their local economy. And he was able to modify some archaic ordinances impeding his progress along the way. His inspirational story is featured in our “Business” article.

Our cover story showcases a public-private partnership that retrofitted an abandoned power plant in Lansing, Mich., into the headquarters of the nation’s 13th largest workers’ compensation insurer. The partners’ dedication to creating jobs in the area and breathing new life into a building that wasn’t easily transformed into an office has been a catalyst for revitalizing Lansing’s waterfront area. The $182 million project is quite possibly the most complex and innovative retrofit in U.S. history.

Our “Component” article showcases the tenants of Castle Square Apartments, an affordable-housing community in Boston’s South End. Wanting to maintain their home’s affordability and fit in with the rapidly gentrifying neighborhood, they took part in what may be the country’s largest deep-energy retrofit. By aggressively overcladding, the tenants now have a beautiful building they can be proud of with energy bills they can afford.

Wanting to ensure his employees would continue working during the economic downturn, Sam Hagerman, co-owner of Portland, Ore.-based Hammer & Hand, diversified his business to include a home performance and building science division. After embracing Passive House, Hagerman and his business partner embarked on the nation’s first commercial Passive House retrofit, which now houses their home-performance staff. The “Residential” story demonstrates Passive House guidelines are well suited to commercial retrofits.

I knew the projects going into this issue were special, but I hadn’t counted on the people behind the projects being so inspirational. What’s the saying? “Only by great risks can great results be achieved.” Go ahead; take a risk, and lean on this issue for inspiration. 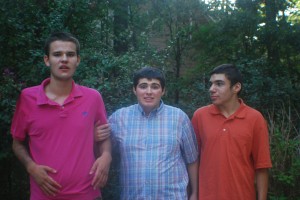 Sam Riester (left) and his friends, Jake and Robbie, enjoyed the recent golf tournament for their group home, Living with Autism, Cary, N.C.

Publisher John Riester’s 17-year-old son, Sam, was diagnosed with severe autism when he was two. Recently, John participated in an inaugural golf tournament to raise money for autism research and Sam’s group home, Cary, N.C.-based Living with Autism, www.living-with-autism.com. John is on the home’s board of directors and helped organize the event, which hosted 76 golfers and 150 dinner guests after the tournament.

As part of his desire to help find treatments and a cure for autism, John has committed 2 percent of gross sales from every issue of retrofit to autism research and advocacy.