Further, as Pryor points out, in structures with easy access to long walls that contribute to the soft-story problem, “the go-to, economical solution is almost certainly going to be adding structural sheathing, whether it’s plywood or OSB, plus some nails and some connectors down to the foundation,” he says. “Likely, there might need to be a little bit of foundation remediation in those locations, as well.” 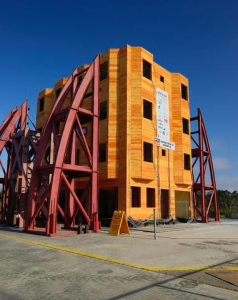 In more challenging structural areas, such as around garage-door openings, Pryor says a steel frame can provide the movement and strength that’s needed on the ground floor that will enable a wood-frame building to perform correctly.

Perhaps the burning questions on everyone’s minds are: How much will this actually cost building owners, and what is the city of San Francisco doing to ensure it is not imposing an undue financial burden on them?

According to the CAPSS analysis, the official estimated cost of seismic retrofits of soft-story buildings is between $60,000 and $130,000 per building in direct construction costs, taking two to four months with construction limited to the ground floor only.

“I think the important thing for people to see there is this is not $1 million and it’s not $10,000—right?” says Bonowitz. “So, you take it, you divide it by the number of units in your building and that’s just enough for people to get started. And that should be enough to tell you—am I going to need financing or not?”

The city of San Francisco took a unique approach to financing, utilizing private lenders and public programs to ensure building owners impacted by the legislation could find the funding and/or assistance they need. In January 2013, Mayor Lee held a financial summit with the heads of 15 private banks in the city to educate them about the program and ask them to develop products tailored specifically for it. As a result, there is a “comprehensive menu of financial options available,” according to Otellini—including a public-finance option.

In an incredibly innovative move, San Francisco has made public financing available through its existing Green Finance SF program, which is city-funded and largely used for clean-energy improvements (solar panels, window replacements, etc.). According to Otellini, the city made the case to the Green Finance SF board and by a unanimous vote it decided that retrofitting a building is an act of sustainability and, as a result, adapted its Green Finance program to include retrofits.

“You’re extending the lifespan of the existing materials in the building, and God forbid an earthquake happens, which we know is coming, the building is going to fall down,” Otellini explains. “You’re going to lose those materials to a landfill, or hopefully to a recycling facility, but you never know. And you’re going to require new resources to build the replacement structure.”

He explains property owners now have the option, with Green Finance SF, to take a loan out from the city, which is secured by a municipal bond and paid back over 20 years as a line item on their property taxes.

“The voters clearly told us they’re not willing to see their property taxes go up city-wide to support a very specific subset of housing that needs retrofitting,” Otellini says. “So this was a way to get around that and a way to do it that makes everybody happy.”

View a video of the NEES-Soft project testing.