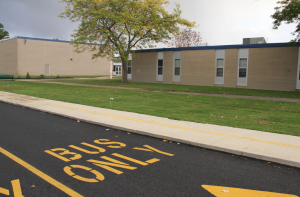 Buildings needing retrofits in the district included a high school, a Tech Center, three middle schools and six elementary schools, as well as the Kennedy building. The district first worked with the Ohio Schools Facilities Commission to evaluate the situation and received a recommendation that every single building be torn down and rebuilt at a cost of $300 million. 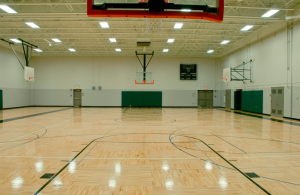 After the district installed GE bulbs, lighting improved so significantly that administrators actually learned that one of their gymnasiums had a pine floor and white walls, both of which previously appeared yellow due to the amber hue of the previous lighting.

Since that solution wasn’t financially feasible, Willoughby-Eastlake leaders worked with Gardiner Trane, Leff Electric and GE Lighting to accomplish its mission of improving the learning and teaching environment throughout the district. District administrators undertook a high performance building approach to achieve their goals.

Prior to selecting energy conservation measures, Gardiner Trane worked with the Willoughby-Eastlake School District to conduct an investment-grade audit. Based on the results of the audit, district leaders implemented a complete renovation of the 75,000-square-foot Kennedy building, completing HVAC upgrades, including replacing all electric boilers, and installing lighting upgrades, including replacing all lights throughout the 12 facilities.

Classrooms now feature long-life bulbs, which also reduces maintenance costs. Use of the extended-life bulbs reduces the need to interrupt class or change bulbs after hours, all while considerably lowering energy costs.

“Lighting improved so significantly throughout the district that we actually learned that one of our gymnasiums had a pine floor and white walls, both of which previously appeared yellow due to the amber hue that the previous poor lighting shed on everything in that gym,” says Steve Thompson, superintendent for Willoughby-Eastlake district. “Lighting throughout the district now promotes learning rather than hindering it. Lighting creates an environment that is crisply clear, yet warm and inviting—ideal for learning.” 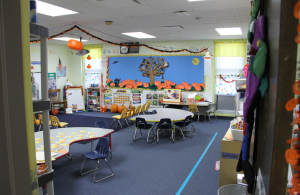 “Inconsistent heating and cooling used to mean that students would attend one class in a t-shirt and wear a jacket to the next class because it was so cold,” Thompson notes. “Students and teachers now remain consistently comfortable and morale has markedly improving as a result.”

The district also implemented an updated control system to enable more efficient and effective control of comfort space, including lighting, of all facilities across the district. HVAC and lighting generate the greatest portion of energy costs in a building and the district integrated control of both lighting and HVAC to maximize energy and operational efficiency.

District leaders installed an Intelligent Control System that enables users to remotely monitor and track energy performance and also to adjust and correct any comfort space issues. The district facilities team can view building performance remotely and work with Gardiner Trane to address any changes.

Upgrades to the Kennedy building included installing new doors, windows, roofing and installation and upgrading infiltration. The new windows and doors give the building a fresh new look while retaining the historic architecture of the old building. Included in the renovation were two gymnasium floors, new classrooms including required sensory rooms for special needs students, a new electrical vault and distribution, all new flooring, facility interior painting and four restrooms. Improving the building envelope overcame issues with cold winter drafts and stifling rooms in summer faced by building occupants.

The district was able to utilize Ohio State House Bill 264 to secure low-interest funds for the energy conservation measures throughout their facility buildings and for the Kennedy building. The house bill enables school districts to fund energy projects to improve the educational environment by using the savings of those funds to drive the project. 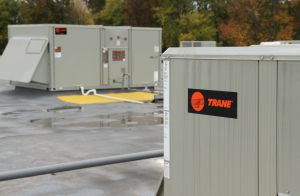 In this case, the project was funded primarily by the energy savings achieved from the lighting retrofits. The renovation saved the district nearly 4,375,535 kWh, providing nearly $663,000 in energy savings while significantly improving morale for students, teachers and staff and generating new jobs for the district. The estimated energy savings combined with the benefits of bringing the autism and special needs resources to the district is saving nearly $1.26 million each year.

Leaders believe the improvements are positively affecting student performance. “I would say first and foremost that the greatest impact has been in the attitude of students and staff,” Thompson says. “I don’t think there’s any question that it has impacted the way that kids view school and the way that teachers view doing their jobs and I think that leads to student achievement for sure.”