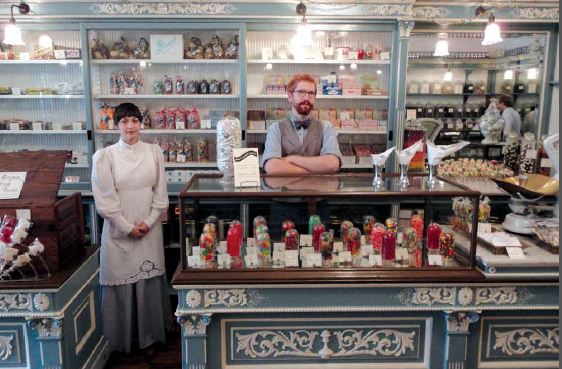 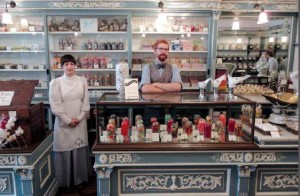 Locally called the nation’s oldest candystore, the building at 110 Market Street in Philadelphia has been making and selling sweets since 1863. In 1911, the Shane family bought the building and business, naming it Shane Confectionery and refurbishing the space to showcase its delicious treats. As the years went by, demand for handmade confections faded. In 2010, brothers Ryan and Eric Berley—successful proprietors of the Franklin Fountain, a nearby vintage ice cream parlor that makes its ice cream from period recipes—purchased the building from the Shane family with plans to revitalize the candy store while paying homage to the Shanes’ candy-making tradition. The brothers are drawn to history and completed a meticulous restoration bringing the space back to its 1911 glory. Among the upgrades:

The Berleys are again making the majority of their products onsite, using locally sourced ingredients and a collection of antique cast-iron candy molds. Their dedication and eye for detail is breathing new life into a bygone tradition of candy making. 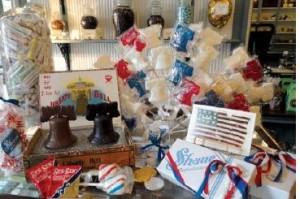 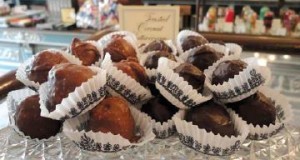