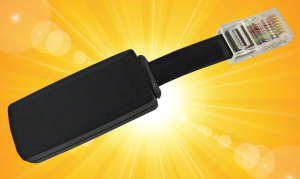 Hubbell Building Automation has announced that the free NX Room Setup Tool smartphone app is fully functional and currently released in beta. With this, iOS and Android phones and tablets can be used to set up NX Room Controller via Bluetooth radio.

The NXBTR Bluetooth radio module simply plugs into any available SmartPORT connection in the room. The NXBTR can be left permanently installed to allow ongoing control capability. Or a single module can be moved from room to room for one-time setup. Once the NXBTR is plugged into a SmartPORT outlet and the app started, an automatic discovery occurs and the app displays all the NXBTR radios in range. An intuitive five-bar signal strength indicator aids in determining the appropriate room. Selecting the radio module you want starts an automatic discovery of all connected NX devices, such as room controllers, occupancy sensors, digital smart switches and daylight sensors that are installed in the room.

During the beta period, it is necessary to contact the HBA Technical Services department to obtain the app. An announcement will be made when the app is available for open download from the Google Play Store and the Apple App Store.

Fixture Controller Maximizes Savings by Deploying Only the Fixtures Needed