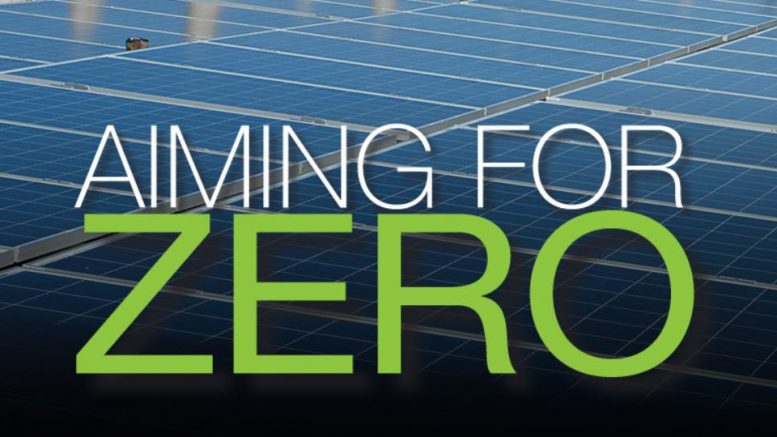 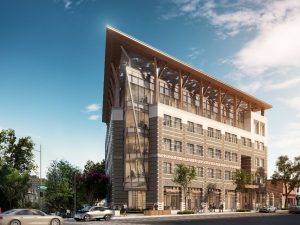 The American Geophysical Union is dedicated to advancing Earth and space sciences for the benefit of humanity.

The concept of net-zero energy building is ambitious. It also represents the very essence of sustainability. To truly live sustainably is to operate within the parameters of a natural system, without taking anything from it or leaving anything harmful behind. Net-zero buildings seek to do just that. Whether connected or off-grid, they are designed to produce as much energy as they use.

There are many different ways to approach net zero. Some designs go all-in on renewable-energy production to handle the load of whatever the building may need while others put a greater focus on superior levels of efficiency. There is a long continuum of means and methods.

If net-zero new construction is a lofty goal, net-zero retrofits are in the stratosphere. Taking an existing building and incorporating enough efficiency and energy production to get to zero is extremely difficult. But that doesn’t stop people from doing it.

Two non-profit organizations in different parts of the country are currently undergoing transformations to their facilities with the idea of achieving net-zero. The organizations, situations and approaches to net-zero are different, but their goals are the same—to serve as an example and make the world a better, healthier place.

The American Geophysical Union (AGU) is a non-profit dedicated to advancing Earth and space sciences for the benefit of humanity. Sustainability and climate-change mitigation are entwined in AGU’s core mission.

In early 2017, AGU’s board of directors agreed to a $41.7 million net-zero renovation of its nearly 25-year-old, 62,000-square-foot headquarters building in the Dupont Circle neighborhood of Washington, D.C. This ambitious project would make AGU the first to complete a net-zero commercial renovation in the nation’s capital. 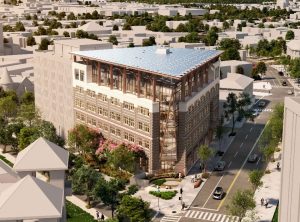 One of the over 20 strategies being implemented is the installation of more than 700 solar panels on the roof of the building.

An RFP went out, and the architects at Washington-based Hickok Cole Architects answered the call. The firm worked with project manager MGAC, general contractor Skanska and noted high-performance building engineer Interface Engineering to tackle the net-zero goals for the building.

“AGU had to upgrade their building, and they wanted to do it in a way that is reflective of who they are,” explains Lindsey Falasca, project architect with Hickok Cole Architects. “They put cost aside and approached this asking, ‘If we’re going to do this, how are we going to do it right?’”

Any net-zero construction requires a combination of expensive, sometimes relatively untested strategies. Few owners are willing to undertake those costs and risks, but with a membership of 65,000 scientists, AGU is refreshingly open to new ideas. And because the organization is the owner and long-term occupant of the building, the association could afford to look at the big picture.

“AGU intends to be there many more years, so they are looking at the life cycle and payback over a very long term,” says Yolanda Cole, senior principal, principal in charge, Hickok Cole Architects. “It allowed them to justify some upfront costs to get to longer-term decisions.”